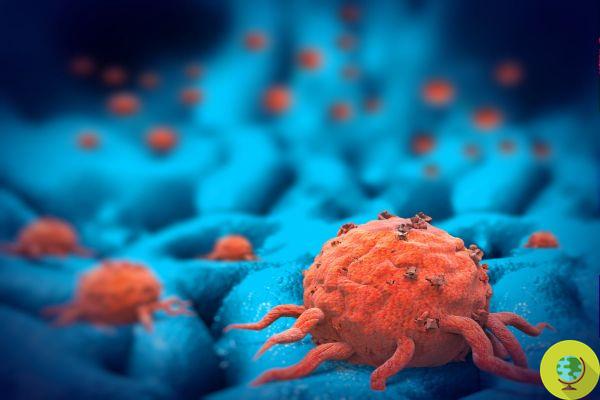 
The nanoparticles are coated with the amino acid L-phenylalanine, which cancer cells need to grow. In this way, the nanoparticles appear as a "Trojan horse" that reaches them by deception, subsequently starting to produce chemicals, known as reactive oxygen species (ROS), which instead kill cancer cells.

The study published by Small magazine showed that Nano-pPAAM kills about 80% of breast, skin and stomach cancer cells in the specimens examined, but without causing side effects, unlike classic chemotherapy.

However, there is still a long way to go for these tests to lead to effective cancer treatments, as more trials are needed.

Ulcer: symptoms, causes and diet to protect the stomach ❯