Too many pesticides in the Mediterranean diet: fertility problems if organic products are not used, according to this new study 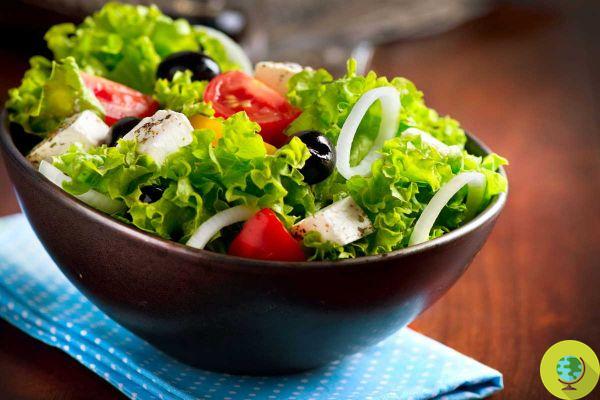 The Mediterranean diet would increase the level of pesticides consumed. Level that drops significantly when the products are organic.

According to a study, switching to the Mediterranean diet would increase the level of pesticides consumed. Level that drops significantly when the products are organic


Hard blow to our good old Mediterranean diet, which has always been revered for its array of health benefits. In fact, one study found that adopting it would significantly increase pesticide intake. The quid that makes the difference would be to eat organic food instead. Nothing new under the sun, we would say.

According to a team of scholars from the University of Oslo, the Mediterranean diet could potentially damage fertility if not done correctly, and could also weaken the immune system and stunt the growth and development of children.

Toccasana against dementia, diabetes, heart disease and various possible causes of death, many experts recommend the Mediterranean diet. But what's wrong with the Norwegian researchers?

The problem would lie in the large amount of pesticides that we normally go to swallow.

The scholars compared the effect of the "healthy" Mediterranean diet with the typical Western diet in 27 British students. For one week, all participants ate their self-selected habitual Western diets, which according to their food diaries were low in fruits, vegetables, and wine.

So, they switched to a Mediterranean diet, which includes lots of fruits and vegetables, whole grains, fish, and fats like olive oil and nuts.

However, the effects were only seen in those who ate traditionally grown foods. When participants ate organic foods - that is, grown without the use of pesticides - the contaminants were reduced by 90%.

There is growing evidence from observational studies that the health benefits of increased consumption of fruits, vegetables and whole grains are partially diminished by the increased exposure to pesticides associated with these foods, explains Per Ole Iversen of the University of Oslo. Our study shows that consuming organic foods allows consumers to switch to a healthier diet without increasing pesticide intake.

The study, published in the American Journal of Critical Nutrition, did not investigate the impact these toxins would have on human health, but according to lead researcher Professor Carlo Leifert, they could greatly affect hormones in the body.

Many of the synthetic pesticides detected are in fact "confirmed or suspected endocrine disrupting chemicals (EDC)", which can "mimic" our hormones, preventing the real ones from doing their job and creating problems. fertility. And not only that, numerous diseases are connected to them, ranging from cancer to diabetes and obesity.

Read all our articles on the Mediterranean diet.

Too much chocolate at Easter? Acne and cellulite lurking ❯

add a comment of Too many pesticides in the Mediterranean diet: fertility problems if organic products are not used, according to this new study