Thus, the increase in summer night temperatures tripled the risk of heart attack in men over 60 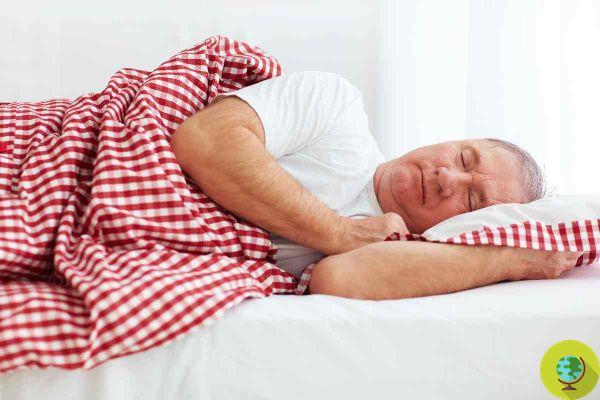 A new study has found that rising temperatures in the summer, especially at night, may be linked to an increased risk of heart attack and heart problems among men over 60.

According to new research, men in their sixties have a higher risk of dying than cardiovascular diseases on summer nights, now much warmer than usual.


Previous studies have focused on the effect of hot spells with high temperatures coinciding with peaks in deaths and hospitalizations due to heart problems. However, until now, the age and gender results have been inconsistent. (Read also: Discovered terrible side effect on the kidneys of rising temperatures)

Researchers at the University of Toronto decided to examine any possible links between the high summer temperatures at night and the increase in deaths from cardiovascular disease, among people aged between 60 and 69.

They studied data from the Office for National Statistics on nearly 40.000 adult deaths attributed to heart problems in the months of June and July between 2001 and 2015 in England and Wales, where heatwaves are more frequent and intense precisely during these months.

The results showed that, after taking into account some variables, a 1 ° C increase in the usual summer night temperature was associated with a 3,1% increase in the risk of cardiovascular mortality among men between the ages of 60 and 64. years.

The researchers also looked at US data for King County, Washington, a sea-facing region at a latitude parallel to England and Wales, with comparable atmospheric properties and an equally low prevalence of residential air conditioning.

US data on nearly 500 deaths included only men. Here, a 1 ° increase was associated with an increased risk of cardiovascular mortality of 4,8% among subjects 65 years of age and younger.

The results are worrying, because in recent years regions such as those studied have experienced a proportional increase in the intensity of nighttime rather than daytime summer heat.

The study was observational, so causality cannot be established, and the researchers also recognized some limitations, but according to the research authors:

Considering the growing likelihood of extreme summers, these results show the importance of adopting preventive measures and new policies to reduce the future risk of cardiovascular events.

add a comment of Thus, the increase in summer night temperatures tripled the risk of heart attack in men over 60