The study that reveals all the power of a positive attitude 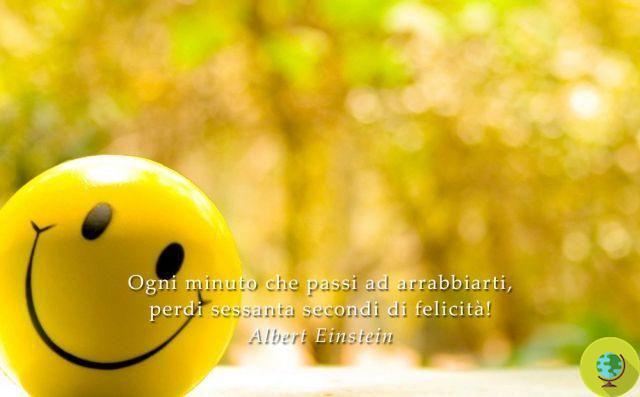 
It 'sintelligence that leads to success. That's right: if you are endowed with the well of the intellect and a minimum of glimmer, but also and above all with character traits and positive attitudes, you have a different brain from those who have none and, consequently, some more chances in life.

According to a new study, funded by the US National Institute of Health and led by the Universities of Washington, Minnesota and Oxford, there is virtually a strong correspondence between positive traits and a particular set of brain connections, considered in turn different from others which are instead related to negative conduct.

What then depends on having character traits and attitudes considered positive, such as having a developed vocabulary, good memory, medium-high income and a steady job? The new research shows that the brains of intelligent individuals "would behave" differently than those of those with lesser social and intellectual skills.

The research is part of the project "Human connectome”(Human Connectome Project), a $ 30 million maxi brain imaging studio that created a super database that collects functional magnetic resonances of 1.200 healthy subjects with in-depth data acquired from tests and questionnaires. The reports on brain connections of 461 subjects were considered, comparing them with 280 different behavioral and demographic measures recorded for the same participants.

What the team of scientists did was create an average map of brain processes, which takes into consideration 200 regions functionally distinct from each other. Then they investigated how much all those regions communicated with each other. The result is a connectome for each subject - a map of the strongest brain connections. Combined with more than 200 personal behavioral and demographic measures, it was found that a at one end of the connectome scale subjects with high scores were positioned on traits generally considered positive, while at the other end subjects with higher scores for negative traits were placed, such as anger, transgression, substance use, and poor sleep quality.

In general, it was found that the people who presented positive attitudes and lifestyles they had different connections in their brains from those who led a more negative lifestyle.

“It's like we've looked into hundreds of different brain circuits,” explained Professor Shephen Smith, author of the study. But if a person's success comes from the fact that his brain "behaves" in a certain way, is it possible to act on his connections? It is now well known that it is possible to improve cognitive performance with training, but it is not yet known whether this also applies to the signals exchanged.

In any case, then, let's continue to keep it active, this little head, and let's make sure that something good and purposeful always comes out of it!

Party games are good for the brain

Writing by hand makes you smarter