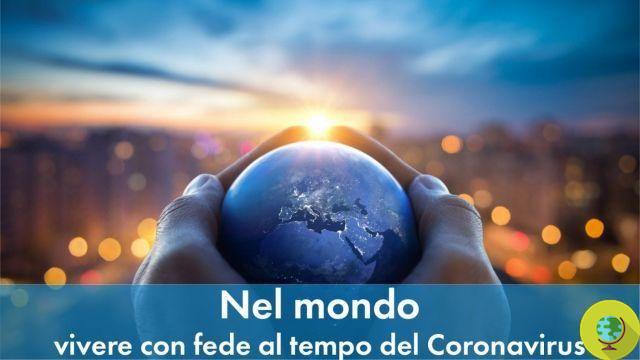 If the Chinese authorities had acted one, two or three weeks earlier, the number of coronavirus cases could have been reduced by 66, 86 and 95%.

If the Chinese authorities had acted one, two or three weeks earlier, the number of coronavirus cases could have decreased by 66, 86 and 95% respectively, and its geographical spread could have been greatly limited. A new further study thus underlines the importance of early action in containing an outbreak. Early action, which apparently didn't even take place in China in due course.


This is what emerges from a survey carried out as part of the WorldPop project at the University of Southampton, a population mapping tool developed to help inform the World Health Organization and the CDC on the potential spread of Covid-19.

The coronavirus pandemic is a stark reminder that no matter who we are and where we live in the world, some threats affect us equally. And, perhaps, seeing what was happening in China, we could have been more prepared (without detracting from all our health personnel).

The new study, now still in the preliminary phase, starts from an assumption: in the initial stages, China tried to minimize the risk and even questioned the doctors who were disseminating information about it (remember that as many as eight doctors were subjected to interrogations of the police and basically silenced).

From time to time, then, as the disease did not return, more drastic decisions began to be made.

Using population mapping for the WorldPop project, the researchers ran complex models to see how human movement and disease onset would evolve in different scenarios. They used anonymous data on both people's movements and the onset of the disease. This allowed them to see how different changes would affect the situation and how variations in the timing and nature of interventions would affect the speed and transmission of the disease.

The results are amazing. The rapid implementation of non-pharmaceutical interventions (NPIs, including isolation) is extremely effective in preventing the geographic spread of the virus.

These are very important results, since many parts of the world are now in a similar situation to China.

"Our study demonstrates how important it is for countries facing an impending outbreak to proactively plan a coordinated response that rapidly addresses the spread of the disease on a number of fronts," WorldPop Group Director Professor Andrew Tatem.

All this demonstrates one thing, the scholars specify: months will pass before effective treatments or vaccines are released, so containment measures are now crucial. Among these, the absolute social distancing, which should continue for several months.

Does yoga taught in the West fuel ego and narcissism? ❯