The return of the coronavirus to Singapore launches an alert to the rest of the world: we cannot let our guard down 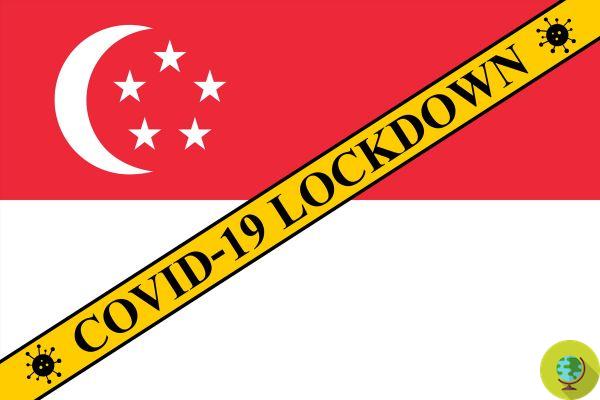 The coronavirus has returned to Singapore, despite the country having almost defeated it. The case sends a warning to the rest of the world: never let your guard down

The coronavirus has returned to Singapore, despite the country, a model for many experts, having almost defeated it. The announcement was made by the Ministry of Health of the small Asian country and the case launches an alert to the whole world: never let your guard down, because the virus is now everywhere and insists.


334 new infections that bring the toll again above the 3000 confirmed cases. A budget that seemed to have been outdated for some time and which is worrying as none of the new cases is imported: the infection is still domestic and therefore the containment measures, particularly strict in Singapore, will resume as before.

A virus-hunting policy similar to that implemented in South Korea has been implemented in the Asian state and which for many experts is seen as a model: with continuous tracking via GPS and swabs, SARS-CoV-2 has been treated as the most dangerous of thugs. This was associated with the closure of schools and non-essential activities.

Being commercially very linked to China, Singapore recorded the first infections following these contacts but immediately recognized the disease as much more dangerous than a common flu, immediately implementing a repressive strategy (also because previous coronaviruses had caused bad experiences in the past, including the terrible SARS in 2003).

Mandatory quarantines and very strict controls they effectively prevented the spread of the virus, which had created about 1000 cases and just 6 deaths in the country. A control system that has not frightened the citizens, on the other hand, accustomed to a country where the private sphere is generally monitored by the government, a parliamentary republic that became independent in 1965 and has 6 million inhabitants.

As in Korea, the central administration has developed in particular a 'Whatsapp for citizens to download to the mobile phone which allows connection via Bluetooth with the mobile phones of neighboring people and which records data stored by government agencies.

When any citizen tested positive for SARS-CoV-2, anyone who had been in contact with him or her was notified and screened. With these measures, the country has effectively stopped the epidemic. But this is a virus that insists and it is now all over the world.

Citizens from Europe, the United States or Indonesia have in fact probably raised the rate of infections (75 last Saturday alone), but today, April 14, hundreds of cases are completely domestic, highlighting the presence of new outbreaks. The battle, therefore, resumes and the schools as well as non-essential activities will remain closed until May 4th.

During a press conference, Health Minister Gan Kim Yong said that, in principle, Singaporeans are taking containment measures seriously, but also that the country cannot be distracted.

“We stay in one critic situation, the number of cases has increased, ”explained Gan, who co-chairs the multi-ministry task force set up to manage the COVID-19 situation.

Already today the Ministry was able to build one map of infectious clusters, linking the new infections to the previous ones. The possible infected have already been divided into two categories: those at high risk, forced to be quarantined for 14 days, and those at low risk, who in any case will be constantly monitored and will receive daily phone calls with the aim of knowing their state of health.

Extremely efficient system which, however, has not managed to stop this terrible epidemic, while keeping it under control, and which represents a warning to the whole world: we cannot let our guard down, at least until there is an effective preventive strategy (safe vaccine) or at least a cure to be administered that blocks the course before the most lethal consequences occur.

The return of scurvy: all the fault of junk food ❯

add a comment of The return of the coronavirus to Singapore launches an alert to the rest of the world: we cannot let our guard down