The return of scurvy: all the fault of junk food 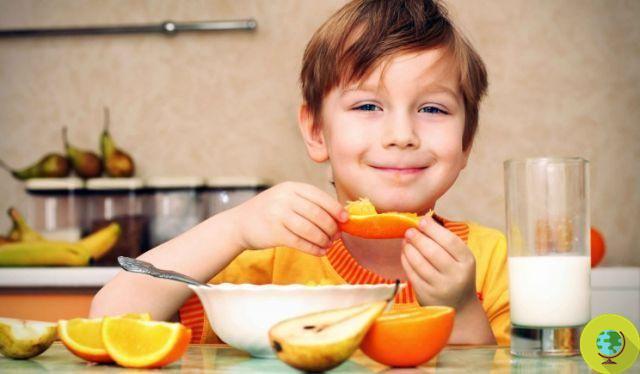 Scurvy (vitamin C deficiency), a disease that previously decimated sailors, is returning to spread in rich countries due to the scarcity of fruit and vegetables in the diet. This was confirmed by a new study conducted by a research team from the University of Sydney, led by prof. Jenny Gunton

Lo scurvy (vitamin C deficiency), a disease that previously decimated sailors, is returning to spread in rich countries due to the scarce presence of fruit and vegetables in the diet. This was confirmed by a new study conducted by a research team from Delluniversity of Sydney, led by prof. Jenny Gunton.

The research examined 11 cases of scurvy that appeared in diabetic patients whose diets were very low in fruit and vegetables. Humans share with some mammals the sad privilege of not being able to produce and store vitamin C or ascorbic acid. Blame for a genetic mutation that occurred 40 million years ago.

Scurvy. This disease presents with swelling and bleeding of the gums, sensitivity of the joints and muscles, rough, dry and colorless skin, poor wound healing ability. This happens because vitamin C is lacking and with it the ability to form collagen, to guarantee the integrity of connective tissue, bone tissue and wound healing.

We read in the document published in Diabetic Medicine:

“Unfortunately it is possible that the people who ndo not eat fresh fruits and vegetables develop a deficiency of vitamin C, even in the presence of overweight or obesity ”explain the Australian researchers.

Another French study, conducted by the Limoges University Hospital, confirmed that it takes just 3 months of vitamin C deficiency to develop the disease. At the same time, it is enough to intervene in time by introducing this precious substance to find significant improvements in a few days.

READ also: VITAMIN C AGAINST COOLING: THE FOODS THAT ARE RICHEST

In the French study, directed by Simon Parreau, out of 63 patients with vitamin C deficiency, 10 were suffering from scurvy. And they certainly weren't sailors.

“We were initially asked to comment on the case of a young woman who did not have the profile of a patient with scurvy. She had unexplained bleeding and bruising. At the base there was actually a totally unbalanced diet, based mainly on fast food, ”said Dr. Parreau.

Junk food sworn enemies not only of the line but also of our health.

add a comment of The return of scurvy: all the fault of junk food