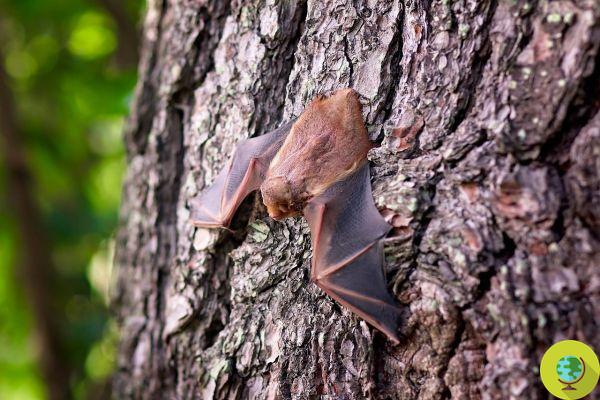 International experts investigating the origins of Covid-19 have completely rejected the theory that the virus came from a laboratory in China.


Peter Ben Embarek, the head of the mission of the World Health Organization (WHO), said it is "extremely unlikely" that the virus has leaked from a laboratory in the city of Wuhan. But further investigation is still needed to identify the source of the virus.

Dr Embarek said at a press conference that the investigation uncovered new information but did not fundamentally change the picture of the outbreak.

Experts believe the virus originated in animals before spreading to humans, but they aren't sure how this happened.

The hypothesis of the "natural reservoir" in bats remains standing, but it was unlikely that this happened in Wuhan, in the central Chinese province of Hubei, the first place in the world where the virus was detected.

The identification of the animal path remains a "work in progress", but it is really "very likely" that the virus passed to humans from an intermediate species.

Even for Professor Lian Wannian, head of the delegation of 17 Chinese experts, the research carried out suggests the "animal" origin:

"Bats and pangolins are the most likely candidates for transmission, but the coronavirus samples found in those species are not identical to Sars-Covid 2. There are no substantial traces of the spread of the coronavirus in China before the end of 2019. there is evidence that it circulated in Wuhan before December 2019 ".

Experts also said that "there is no indication" that the virus was circulating in Wuhan before the first official cases were recorded there in December 2019.

The team called for further investigation into the possibility of transmission in the "cold chain", in relation to the transport and trade of frozen food.

“We know that the virus can survive in frozen foods, but we do not yet know if it can be transmitted to humans from them. More research is needed on this. The hypothesis that Covid through the trade of frozen products is possible but a lot of work still needs to be done in this area ”, concludes Dr. Embarek.

And just as the team of experts draw conclusions, a new study by scientists from Duke-NUS Medical School, Singapore, and Chulalongkorn University, Thailand, shows that the CoV-2-related virus (SC2r-CoV) circulates in animals. up to Thailand. The study, published just today in Nature Communications, reported that high levels of neutralizing antibodies against the virus were present in both bats and pangolins found in the Southeast Asian country. The study also indicates that more SC2r-CoV is likely to be discovered in the region. Southeast Asia with its large and diverse bat populations could be a "hot spot" for such viruses.

“Studies like this are critical to deepening our understanding of the many SARS-CoV-2-related viruses that exist in nature. This work is also timely as investigations into the origins of SARS-CoV-2 are ongoing and could provide further clues to the origin of this outbreak. Such studies also play a key role in helping us be better prepared against future pandemics as they provide a more detailed map of zoonotic threats, ”said Prof Patrick Casey, Senior Vice Principal for Research at Duke-NUS.

In their study, also published in Nature Communications, the scientists compared the structures of spike proteins found on SARS-CoV-2, the closest currently identified RaTG13 bat coronavirus, and a coronavirus isolated from Malayan pangolins that have been seized. by the authorities after being smuggled into China. They found that the pangolin virus was able to bind to the receptors of both pangolins and humans. This is different from the bat coronavirus, which could not bind effectively to human or pangolin receptors.

Although pangolins are highly threatened, these small mammals are among the busiest in the world illegally, for the sale of their meat and scales, which are used in Chinese medicine.

Read also: “Our” coronavirus is very similar to that of pangolins smuggled into China. I study

add a comment of The origin of Covid-19 is animal: how the jump of species from bats to pangolins could have happened