The Mediterranean diet fights depression. Here's what to eat

Eating well also makes you feel good psychologically: according to a new study, the Mediterranean diet helps fight the symptoms of depression.

Il migliore antidepressant? The Mediterranean diet. Whether you like it or not, the Mediterranean diet is the panacea for all ills: thanks to this diet we are among the longest-lived peoples in the world and we can boast a sure shield against strokes and heart attacks. Plus, that's not all improves the health of older people, but relieves the symptoms of depression for all.


According to a clinical trial carried out at Deakin University in Australia and published in the journal BMC Medicine, in fact, eating well also makes you feel good psychologically.

The secret, however, is to follow the Mediterranean diet, because thatbalance it creates between carbohydrates, proteins and fats ensures significant improvements on the cardiovascular system and prevents diseases such as diabetes and hypertension: all beneficial effects that also flow into the brain.

THE STUDY - The researchers followed for 12 weeks 67 patients suffering from depression for whom they chose two different types of diet: half of them were offered a Mediterranean diet, rich in whole grains, legumes, fresh fruit and vegetables, olive oil, eggs, dairy products and dried fruit. The other half continued to follow their own diet.

Upon completion of the observations, the Australian scholars saw that a third of the participants who ate said they had had good improvement in their symptoms and mood, while nothing had changed for those who had continued with their eating habits.

“The Mediterranean diet - explains Professor Felice Jacka, director of the Center for Food and Mood at the University of Deakin - has beneficial effects on the cardiovascular system, reduces the risk of developing diabetes and increases life expectancy. We already know that diet has a very powerful impact on the biological aspects of our body that relate to the risks of depression. The immune system, the plasticity of the brain and a good microbiome, however, are crucial not only for physical well-being, but also for mental well-being ”.

No doubt about it: the Mediterranean diet remains the only one that, on proven tests, is capable at the same time to prevent numerous diseases and improve the quality of life. It will be no coincidence that it became a UNESCO World Heritage Site in 2010. What foods should you eat every day? 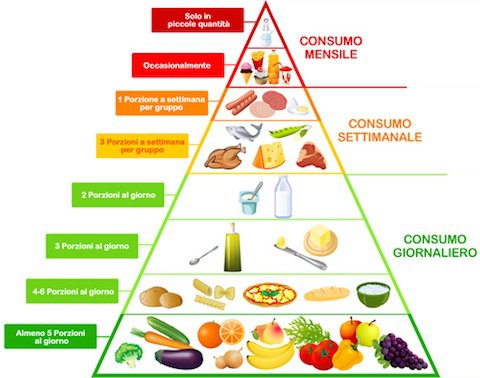 While the foods to be consumed with more moderation (but not to be excluded if you are not vegetarian or vegan) are:

The Mediterranean diet can prevent memory loss and dementia. I study ❯

add a comment of The Mediterranean diet fights depression. Here's what to eat