Her name is Claire Oppert and she is a well-known cellist who has been involved for years not only in public concerts but also in alleviating the suffering of the terminally ill by playing in the rooms of a Parisian hospital.

Is called Claire Oppert and it's a note cellist who has been committed for years, not only in public concerts, but also to alleviate the suffering of the terminally ill by playing in the rooms of a Parisian hospital.


In the center of the French capital is the Sainte Perine hospital which has a ward of oncology and palliative care for the terminally ill. This is where Claire goes every week to bring some joy to hospitalized people through her music.

The woman said that as a child she wanted to be a doctor but then the passion for music prevailed. She has thus become a prestigious cellist but she has never forgotten her "first love" and she has invented her own way of doing good to sick people.

In the patient rooms, Claire mainly plays Bach or Schubert, her favorite composers, but also Mozart or Brahms. But she is also open to the demands of her special audience of hers. This is her very personal contribution to alleviate, as far as possible, the physical and mental pain of hospitalized patients. A real life mission. 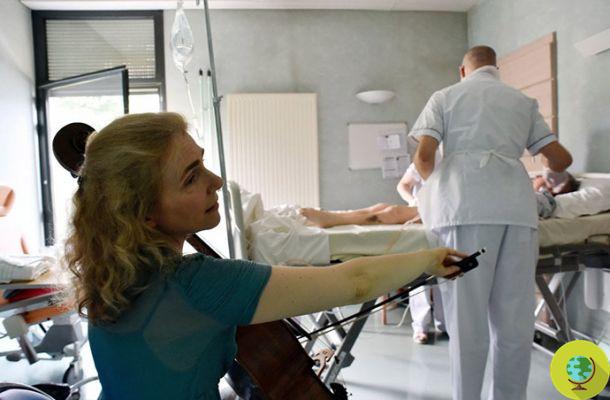 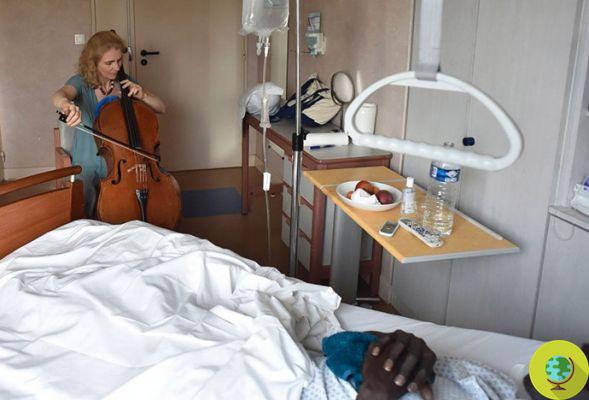 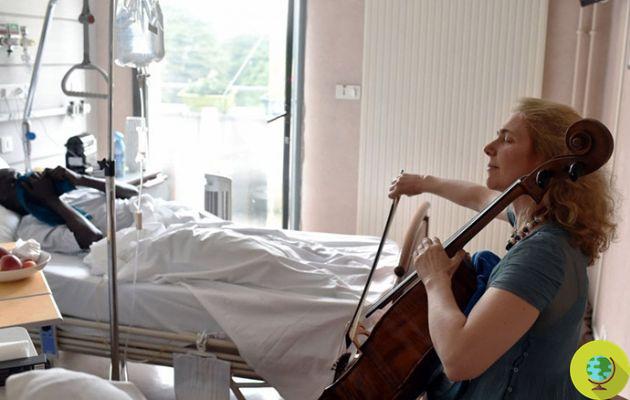 Despite the various concerts she has scheduled around the world, every Friday Claire goes to the ward, and the structure is now very famous (between the aisles she has earned the nickname of "cello angel").

Her art is therapeutic and the woman has also done studies to prove the benefits of her work, namely how useful and supportive music can be in palliative care.

Music, as we know, can do a lot in every situation, even the most difficult one ...

Life is yours alone: ​​live it as you want, do not go along with the expectations of others ❯