The benefits of the raw vegan diet

Raw food was born together with the first men who populated the earth in the Stone Age; until before the discovery of fire, they ate only raw fruits, berries and animals

Il raw food it was born together with the first men who populated the earth in the Stone Age; until before the discovery of fire, they ate only raw fruits, berries and animals.


Their intestines were very similar to that of primates, also frugivores and widely different from the classic omnivores such as pigs and bears or carnivores such as tigers and lions.

Like them, we do not have those big jaws that are used to chew meat, nor a short intestine to digest it better, so we can believe that we have been designed to eat fruit and vegetables, possibly raw.

Il raw food Vegan it should not be considered as an "extreme choice", but as a different way of thinking and perceiving food based on ethical and profound motivations.

This diet is based on respect for all living beings, whose suffering and subsequent death is never justifiable with our culinary tradition.

Eat raw foods it means eating “live” foods in full of their nutritional and energetic properties, which are almost completely dispersed during the cooking process. The digestion of raw food is much easier for our body than cooked food. This because? 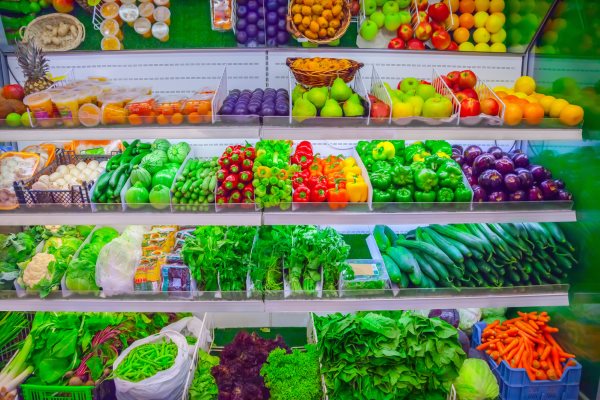 Temperatures above 42 ° C change the chemical structure of foods, destroying enzymes, essential for digestion, and vitamins, changing the pH of foods making them acidifying and transforming mineral salts from organic to inorganic. (Paul Kouchakoff "The influence of cooking food on human blood composition", 1930)

Il transition from a traditional to a raw vegan diet it must be done very slowly, in small steps, because a detoxification process is activated with very strong and sometimes unpleasant effects for our body.

This reaction phase, which often includes nausea, dizziness and diarrhea it is to be considered absolutely normal: passing from a diet that we follow since childhood, to the new regime, requires our body to gradually get used to the large amount of fiber contained in vegetables.

It's toxins, sedimented in our organism, which before being eliminated, are put back into circulation after years and years of traditional nutrition, causing these annoying effects. But this means that our body is responding in the correct way to the new regime, renewing itself and regenerating itself (Valdo Vaccaro “Natural nutrition” - 2009).

By combining food correctly, we guarantee our body optimal digestion, which allows us to feel light and full of energy.

According to hygienism, a current of thought founded by Herbert Shelton, and closely linked to raw food, nutrition is only one of the factors that can lead us to a situation of health and well-being.

To this must be added a positive emotional state, that is to approach life with a good mood; in addition, it is necessary to dedicate oneself intensely tophysical activity and expose yourself as much as possible (with the necessary precautions) to direct sunlight.

We will have to progressively adopt a system of deep and rhythmic breathing, rest properly and avoid stress in all possible ways, always giving priority to health (Herbert Shelton “Introduction to natural hygiene”, 1922).

Follow the -it will allow you to reach your ideal weight, thanks to the elimination of sugars and fats contained in packaged foods, and will give you aunexpected life energy, a continuous and concrete desire to do.

But the benefits don't end there, eating raw will progressively eliminate the annoying headaches and fatigue caused by digestion; your skin will return to being radiant, the joints regenerated, and you will feel in a state of true well-being.

All this is possible only by gradually and consciously changing your "traditional" lifestyle, and facing this "detoxifying" path with the sole aim of finally feeling at peace with ourselves and with the world around us.

RAW FOOD: 10 RAW FOOD RECIPES THAT WILL MAKE HAPPY EVEN THOSE WHO ARE NOT

The chills as contagious as yawns ❯

add a comment of The benefits of the raw vegan diet