Teenage depression was already a problem, but now the coronavirus is making matters worse 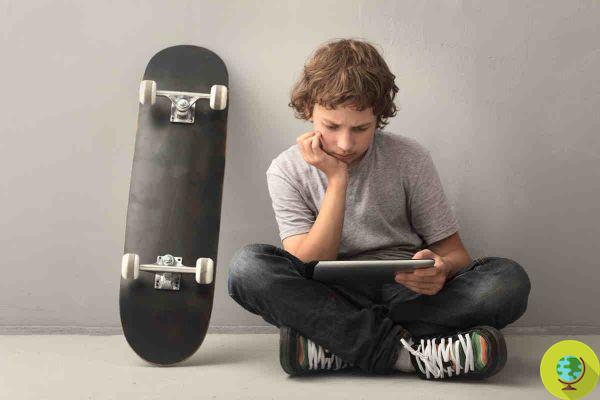 Mental health experts warn: Teens suffer more with the pandemic and rates of depression and suicide are on the rise.

How does it feel to be a teenager in the time of the coronavirus? How are our kids in this difficult time? The pandemic has undoubtedly affected everyone, but there is a weaker group - that of the youngest - who could suffer more from the weight of a social problem that is still difficult to place. And mental health experts already warn: Teens suffer disproportionately and rates of depression and suicide are on the rise.


This is the terrible toll that emerges from an analysis by the American CDC (Centers for Disease Control and Prevention): from a mental health survey carried out in June it turned out that symptoms of anxiety and depression "increased significantly": 11% of respondents said they had "seriously considered" suicide in the past 30 days; between the ages of 18 and 34, the number had more than doubled, reaching 25%.

Coronavirus could cause another 'epidemic' that we must avoid: depression

Blame? Uncertainty about the future and the state of the world, disruptions to educational and daily routines and isolation from peers and caring adults.

"While young people are generally physically healthy, they are psychiatrically vulnerable," psychiatrist Richard Friedman wrote in a New York Times opinion piece last January, referring to an already existing "epidemic of adolescent depression and suicide" that was underway. much neglected and underestimated.

In the article Friedman cited evidence from the Centers for Disease Control and Prevention (CDC) that, after declining for nearly 20 years, the suicide rate among Americans between the ages of 10 and 24 had increased by 56 percent between the ages of 2007 and 2017. XNUMX and XNUMX. Suicide was and still is the second leading cause of death, after accidents, for that same age group.

Now, at this time, according to the CDC, many have experienced increased pain and loss due to "drastic changes in daily routines and lifestyles that usually bring us comfort and a feeling of stability."

“Teens can experience significant changes in their sleep patterns, become more isolated, often appear irritable or frustrated, withdraw from normal activities, or engage with technology more frequently. It is important for parents or caregivers to interact with their teens about their pain to promote healthy adjustment and acceptance. Parents may also need to get adolescent and family mental health services to cope with the pain. "

There is no doubt that adolescents are in a developmental space where regular contact with their peers is of paramount importance and are able to develop close and ongoing relationships with adults outside the home, such as their teachers or coaches. .

What can we do? Let's try to talk to them and listen to them and let us help us recognize depression and learn the warning signs of extreme acts.

Hikikomori: with the pandemic the phenomenon of young people locked in the room for fear of the world increases

Dermatitis: what it is and how to treat it ❯

add a comment of Teenage depression was already a problem, but now the coronavirus is making matters worse