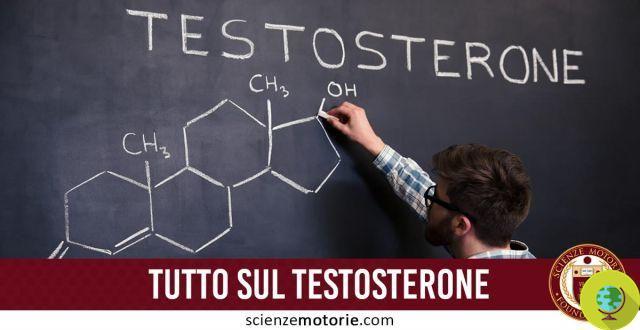 In a small American study it was shown that soy protein supplements tend to lower testosterone while increasing cortisol instead.

On the soy there is still a lot of discussion, beyond whether or not it is GMO, is this food good, is it bad, should it be consumed in moderation? A study from the University of Connecticut gives us one more indication: soy should be avoided especially for sports men who use it proteins of this legume as a supplement since it would inhibit testosterone.


American researchers analyzed the effects of soy protein compared with whey on testosterone and cortisol levels, following a workout in the gym. What we have seen is what to assume soy reduced testosterone levels and increased cortisol levels instead. A dangerous combination that can lead to thyroid disease, sleep disturbances, decreased sexual abilities and reproductive problems as well as the phenomenon of "feminization" or the appearance of female characteristics such as breast augmentation.

The research actually took place on a very small sample: 10 volunteers with an average age of 20 years who routinely trained with weights. These were divided into three groups: the first was given a whey protein isolate supplement, the second soy protein isolate and the third group a placebo. No one could take other supplements and vegetarians, vegans or those who followed high-protein diets were eliminated from the experiment.

For two weeks the participants hired 20 grams of the supplement assigned to them at the same time each morning. After each, he had to do some particularly challenging weightlifting exercises. At the end of the 14-day period, the researchers collected data covering the hormones of all participants and finally made a comparison.

It was thus seen that who had taken soy protein after two weeks had lower serum testosterone levels: "Testosterone might just seem like a macho thing, but it is a hormone essential for growth, repair, red blood cell formation, good sleep and immune function, as well as functioning sexual, ”the researchers stressed.

This negative effect on testosterone will be noticeable even with moderate consumption of soybean food? We await new studies that clarify the issue better and more thoroughly!

- The scientific reasons for not abusing some foods: 1. Soy

Plant-based proteins are good for you (and live longer) ❯