Serotonin and bacteria: the secret of our well-being is in the intestine 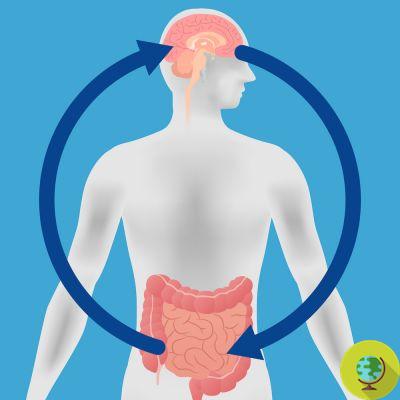 Did you know that the bacteria that live inside us outnumber our cells? Researchers are interested in the good bacteria that are found in our intestines and that influence the production of serotonin, one of the neurotransmitters that help us maintain a good mood and fight inflammation.

Did you know that the bacteria that live inside us outnumber our cells? The interest of the researchers goes towards i good bacteria found in ours intestine and that affect the production of serotonin, one of the neurotransmitters that help us maintain good mood and to counteract the inflammation.

The intestine is really our second brain because it plays an important role in the balance of our organism. Billions of microorganisms live in the intenstino and scientists are studying their usefulness more and more thoroughly.

Researchers from the University of Zaragoza in Spain and the University of Exeter in the UK studied a protein known as TLR2 which is linked to the intestinal microbiota and to the regulation of serotonin levels, a neurotransmitter that sends messages to the brain and is also present in the intestine, where it affects its regularity.

Il human microbiota is the set of symbiotic microorganisms found in our digestive tract. The microbiota is sometimes referred to as intestinal flora or bacterial flora.

The researchers conducted their own test-tube studies on human cells and found that the microbiota can influence human physiology by modulating the transport activities of serotonin. In short, the bacteria present in our intestine - which form the intestinal microbiota - are able to regulate our levels of serotonin.

The new research was published in the scientific journal Plos One with the title 'Intestinal serotonin transporter inhibition by Toll-like receptor 2 activation. A feedback modulation '. Meanwhile, experts from all over the world are trying to investigate the invisible link between the bacteria that live in our body and the functioning of our organism.

Scientists believe that, for example, the intestinal inflammation can occur when the TLR2 protein fails.

The new study points out that the TLR2 protein alters the availability of serotonin, which is considered a very important factor in several disorders, such as trough or intestinal inflammation.

Researchers say it will take time to find new treatments. It is indeed necessary to understand much better the link between the presence of bacteria in our intestine and their functioning.

It is however certain, according to the authors of the new study, that the TRL2 protein is able to regulate the transport of serotonin and to interact with the microbiota.

Seized poisoned clams caught at the mouth of the Sarno river ❯

add a comment of Serotonin and bacteria: the secret of our well-being is in the intestine