Seized poisoned clams caught at the mouth of the Sarno river 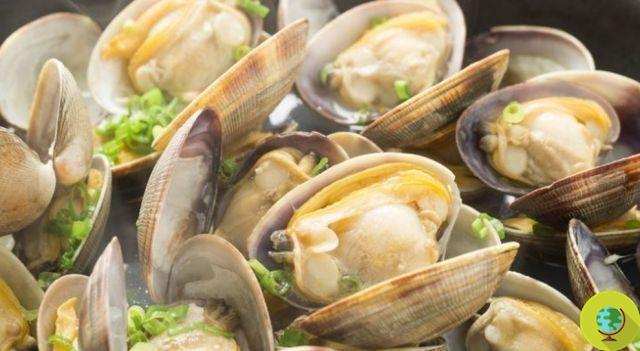 Three fishermen were caught fishing for clams in a polluted area and were reported for an attack on public health.

Three fishermen were reported this morning in Castellammare di Stabia on charges of an attack on public health, after the Coast Guard seized more than 30 kilograms of clams raised in polluted waters.


Le clams were indeed fished in the waters of the mouth of the Sarno river, an area where fishing is not allowed by the Campania Region.

The fishermen, already known to the authorities for the same crime, were caught red-handed by the military and, at the sight of the men in uniform, they immediately threw the nets that contained the poisoned shellfish.

The bags full of clams were recovered on the seabed and immediately seized together with fishing equipment and the boat used.

Le clams they are known for their ability to filter water and retain substances dangerous to human health, such as heavy metals. Clams grown in river mud contain, in addition to heavy metals, also viruses and bacteria e they are toxic if ingested.
These clams are raised in the river rather than in the sea and are distributed on the market, earning thousands of euros at the expense of people's health.

The Commander of the Port Authority of Castellammare di Stabia, Ivan Savarese commented:

We will not allow anyone to create potentially dangerous situations for public health. The risk is that the clams caught in the mud, in the stretch of sea at the mouth of the Sarno River, can also reach our tables through the official channels and be harmful to our families. Clams are filter-feeding molluscs and all harmful substances, including heavy metals, remain inside. From this we understand the danger of eating these products which, unfortunately, do not follow the required health checks and in particular the housing procedures at authorized centers.

Consuming clams raised in this area can indeed cause hepatitis, salmonella infections and even tumors of the gastrointestinal tract.