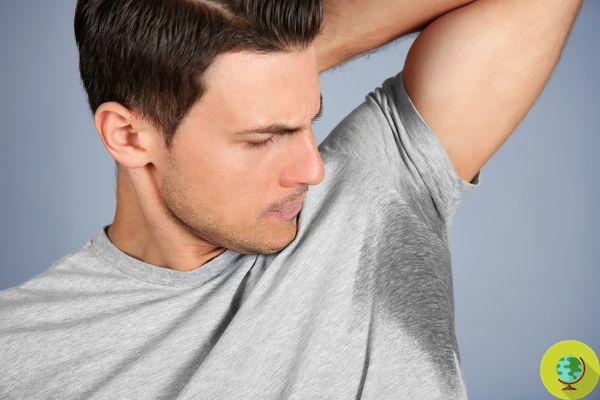 THEbody odor it is a characteristic feature of us human beings. Although the role in human behavior and evolution is not entirely clear, we know that the production of body odors is an ancient process and that it depends on the activity of some bacteria that live on our skin.


But how come we produce bad smells in some areas of the body, for example in the area of ​​the armpits?
According to a group of researchers, the "fault" would be an enzyme, cysteine-thiol lyase, present in some staphylococci that make up the axillary microbiome.

The enzyme breaks down an odorless compound present in the sweat secreted by the glands in the armpits and forms volatile molecules - thioalcohols - responsible forpungent odor.

Until now, the enzyme responsible for this cleavage had not yet been identified. Initially the formation of bad smells was attributed to another species of bacteria, the Corynebacterium, but the hypothesis was later disproved by subsequent studies that had identified among the staphylococci the bacterial species involved in the formation of bad odors.

Bad smell: discovered the bacterium responsible for the "stink" in the armpits

The composition of the microbiota present in the armpits of humans is considered unique compared to that of other primates and its study can give important information on theevolution: if some bacteria have been living with us since recent times, those that form bad smells have always accompanied us and were probably already present before the appearance of Homo sapiens.

The group of bacteria that form bad odors was probably already present on primates and managed to adapt to the molecules present in human sweat, changing its structure. This suggests there may have been a evolutionary advantageor both for the host - man, who produces odor precursors for no physiological reason - and for the group of bacteria that converts the precursors into volatile odorous molecules.

The study therefore raises important and still unresolved questions about the mechanisms that govern the structure and composition of our axillary microbiome.

Researchers will continue to investigate the bacterial populations that live on our skin but the results of this work may soon be exploited by pharmaceutical and cosmetic companies to formulate new deodorants respectful of our microbiota and really effective against bad odors.

Multiple sclerosis could be caused by the common "kissing disease" virus ❯