Plastic: PVC increases the risk of obesity and diabetes 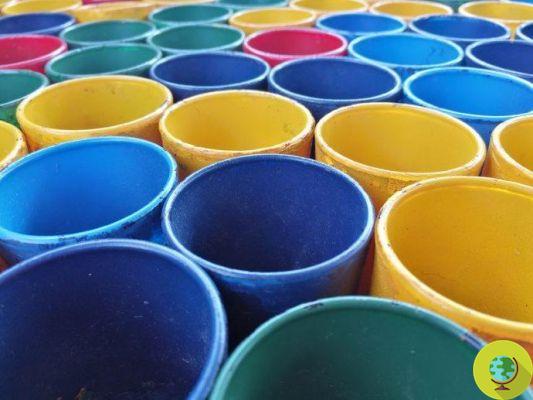 A new study points the finger at so-called dibutyl tin (DBT), a chemical found in PVC, culprit in obesity and increasing the chances of developing diabetes.

Exposure to PVC plastic could increase the risk of obesity and pre-diabetes in humans. Further investigation warns us, once again, of chemicals in various products, which could play a key role in the onset (also) of obesity.


To say it is a new research from the University of California, which points the finger at the so-called dibutyl tin (DBT), a chemical substance present in PVC, guilty of obesity and increasing the chances of developing diabetes, starting from a alteration of stem cells.

Il dibutyl tin It is one of the plastic stabilizers for PVC, i.e. those chemical products based on various organic or inorganic compounds which confer stability to heat and light during the transformation process of the resin (polymer) into a semi-finished or manufactured product.

It is found mostly in shutters, water pipes and door and window frames, but also in household dust, via food contamination and in medical devices.

During laboratory analyzes, American researchers found that the used exposed human stem cells showed increased fat accumulation, in contrast, stating that monitoring of human exposure to these chemicals is not currently conducted by any public health agency.

“We don't really know how much we are exposed to DBT - explains the lead author of the study, Raquel Chamorro-García. But it is in so many materials in our homes and we believe that most people are exposed and that the chemical can have an impact on our current diabetes problem. "

Obesity rates have increased over the past few decades. According to the World Health Organization, the global prevalence of obesity nearly doubled between 1980 and 2008 and currently over 50% of people in Europe are overweight or suffer from obesity. That is why with this study, experts would like to suggest that human exposure to PVC should also be measured to understand how it contributes to obesity and to identify levels and sources of exposure that could be reduced or eliminated in the future.

PVC, the infamous vinyl chloride, has alas already been shown to produce a variety of effects on human health, particularly if exposed through inhalation.

There is, in fact, the potential risk of liver damage from chronic exposure by inhalation and oral exposure and is listed as carcinogenic Human Group A from the United States Environmental Protection Agency.

Finally, the phthalates used to soften PVC would interfere with the female hormone system, while PVC remains toxic when used in contact with food.

Plastic and food: how to recognize plastics that should never be used with food ❯

add a comment of Plastic: PVC increases the risk of obesity and diabetes