Pesticides increase the risk of cardiovascular disease in women 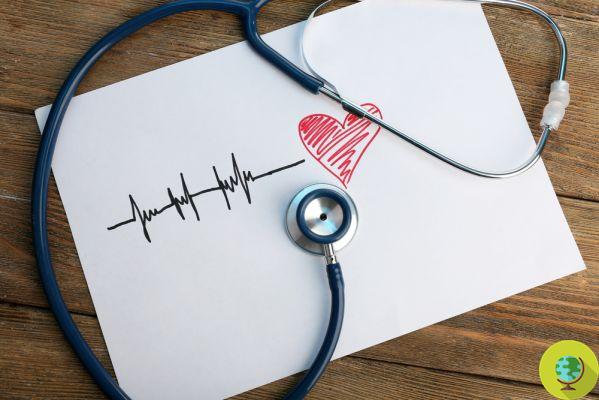 Exposure to pesticides may help increase the risk of cardiovascular disease and inflammation in premenopausal women, according to a new study. According to experts, therefore, obesity is not the only risk factor to consider for heart disease.


THEexposure to pesticides can contribute to increase the risk of cardiovascular disease and inflammation in premenopausal women, according to a new study. According to experts, therefore, obesity is not the only risk factor to consider for heart disease.

Lo study in question was published in the Journal of Clinical Endocrinology and Metabolism, scientific journal of the Endocrine Society, with the title of "Inflammatory and Cardiometabolic Risk on Obesity: Role of Environmental Xenoestrogens". The study looked at the effects of exposure to polychlorinated pesticides such as DDT. Although DDT was banned in many countries in the 1970s, it remains widespread in the environment and even in food.

Il DDT was one of the first chemicals recognized as endocrine disruptor. It is one of the substances that can limit and interfere with the function of estrogen. Research has found that DDT exposure can lead to birth defects, decreased fertility and increased risk of type 2 diabetes.

According to Diana Teixeira, expert of the Faculty of Medicine and Surgery of the University of Porto, the chemical residues of DDT accumulate in the adipose tissue of womenAnd. As the amount of residue in fatty tissue increases, it can compromise the protective effect of the body's natural estrogen on the heart health of premenopausal women. This leads women to increase the risk of developing cardiovascular disease and inflammation.

Experts have analyzed 121 samples of adipose tissue belonging to women who had undergone bariatric surgery at the S. Joao hospital in Porto. Among the participants, 73 women were premenopausal and 48 were postmenopausal.

The researchers found that, among premenopausal women, women with the highest concentration of environmental estrogen in their visceral adipose tissueat the belly level, they were more likely to have higher average blood sugar levels.

Among pre-menopausal women, those with higher levels of environmental estrogen in the blood tended to have more inflammation and a increased risk of cardiovascular disease on the Framingham scale.

"Our results show that chemicals disrupt the endocrine system tend to aggravate the complications of obesity, including inflammation and the risk of cardiovascular disease, in premenopausal women" - ha Spiegato Teixeira.

Therefore measure environmental estrogen levels can help doctors identify women who are at risk of developing cardiovascular and metabolic diseases so they can take preventative measures.

Pregnancy: Exposure to pesticides increases the risk of children with delay or autism

6 ways to reduce exposure to pesticides

Pesticides in fruit and vegetables cut sperm in half: the Harvard shock study ❯