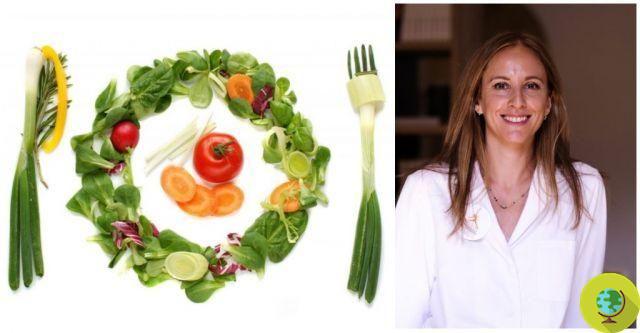 Fantastic organic tomatoes, real natural medicines. According to a study entitled "Nutraceutical value and safety of tomato fruits produced by mycorrhizal plants", conducted by biologists, microbiologists and doctors of the Institute of Agricultural Biology and Biotechnology of the National Research Council (Ibba-Cnr) and of the University of Pisa and published in the British Journal of Nutrition at Cambridge University Press, organic tomatoes are capable of reducing the risk of cardiovascular disease and cancer, so much so that they can be considered as a "functional" food-drug.

fantastic organic tomatoes, real natural medicines. According to a study entitled "Nutraceutical value and safety of tomato fruits produced by mycorrhizal plants", conducted by biologists, microbiologists and doctors ofInstitute of Agricultural Biology and Biotechnology of the National Research Council (Ibba-Cnr) and of theUniversity of Pisa and published on British Journal of Nutrition  area of Cambridge University Press, the organic tomatoes are able to reduce the risk of onset of cardiovascular diseases e tumors, so much so that it can be considered as a "functional" food-drug.

The study found that i organic tomatoes, compared to those grown with other methods, they contain in fact higher concentrations of calcium (15%), potassium (11%), phosphorus (60%) and zinc (28%), properties that would be due to the action of some microfungi that develop on the plant and that they interact with it, in the same way as what the intestinal flora does in the human intestine. ”The nutritional and nutraceutical value - reads a note from the CNR - is influenced by the cultivation conditions and if the plant grows with its natural symbionts, the antioxidant substances that fight some types of cancer increase. In recent years, the tomato has gained the status of 'functional food', given the increasingly frequent association established between its consumption and the reduced risk of onset of cardiovascular diseases and tumors ”.

In particular, organically grown tomatoes, underlines the research - together with their microfungi establish "a beneficial permanent root association, comparable from a functional point of view to our intestinal microbiome". "The mycorrhizal symbiosis positively influences the growth and mineral content of tomato plants and increases their nutritional and nutraceutical value", he adds. Cristiana Sbrana Ibba-Cnr. That is why tomato fruits are a natural reservoir of molecules such as acid ascorbic, vitamin E, flavonoids, phenolic compounds and carotenoids, including lycopene which, "in addition to exerting a strong antioxidant activity, can modulate, confirms Manuela Giovannetti of the University of Pisa, which coordinated the work - the hormonal metabolic pathways and the immune system ".

And if recently polyphenols and lycopene have been proposed "as promising pharmacological agents in cancer prevention due to their antiproliferative effects and their inhibitory action on human estrogen receptors," the study results suggest that the intake of functional foods, such as tomatoes grown with their natural symbionts, could act positively towards the effects exerted by many environmental and industrial contaminants to which humans are exposed through the food chain. One more reason, and not of little value, to eat organic tomatoes.