Oncological immunotherapy: what it is and side effects. But does it really work? 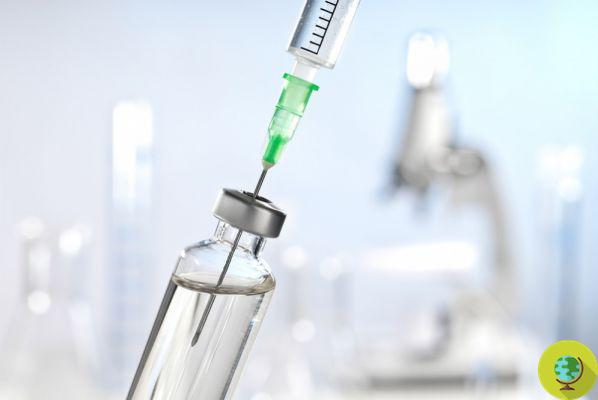 Tumors: Oncological immunotherapy is increasingly being presented as an efficient weapon against more and more types of cancer.

Tumors: treating cancer withimmunotherapy? It seems more and more possible. From the Congress of the European Society of Medical Oncology underway in Copenhagen, doctors are quick to swear that immunotherapy is the decisive weapon against an increasing number of tumors. But what is oncological immunotherapy and is it really that powerful?


Oncologists put their hands on the fire: yes, cancer immunotherapy, after surgery, chemotherapy and radiotherapy, is the "Fourth weapon" against an increasing number of neoplasmsIn addition to lung, liver and melanoma cancers, scholars have earned brilliant new results against head and neck, kidney, bladder, myeloma and some lymphomas.

What is oncological immunotherapy

With oncological immunotherapy the immune system is used to treat some cancers. So the drugs no longer directly affect cancer cells, but the molecules and cells of the immune system that are part of our own body.

If in conditions of "good" health, the cells of our organism expose molecules such as proteins and carbohydrates on their surface, when the mutations that lead to a tumor have given life to malignant cells, these on their surface expose different molecules, the so-called "tumor antigens".

The cells of the immune system are just capable of detect tumor antigens and to attack diseased cells and is the process on which cancer immunotherapy is based, which can be divided into three groups: cell therapy, which involves the administration of so-called vaccines against cancer; antibody therapy, which uses antibodies; and cytokine therapy.

The side effects of cancer immunotherapy

They vary according to the type of immunotherapy administered and the drug used and may also depend on the fact that it can also happen that the immune system attacks the sick cells, but also the healthy ones, because it cannot recognize them.

From here, between the most common side effects of cancer immunotherapy there are:

Cancer immunotherapy, does it really work?

Does it really work? It is not up to us to say. What is certain is that with immunotherapy the cells of the immune system can selectively attack malignant cells greatly reducing the tumor mass. In addition, cancer immunotherapy would also have the power of treat inoperable tumors, while the news now is that many trials are being launched to try immunotherapy also in treatment of rare cancers, such as sarcomas or pediatric cancers.

If this serves to give hope and to extend the life expectancy of a patient, so be it.

Learn to forgive, you will feel at peace with the world and with yourself ❯

add a comment of Oncological immunotherapy: what it is and side effects. But does it really work?