Not just wet markets, wild animal farms in southern China are also at the root of the pandemic 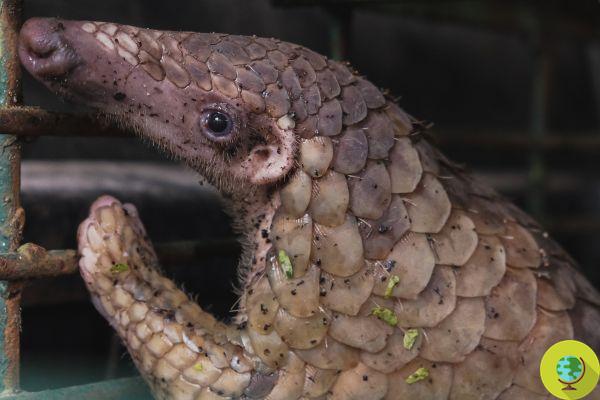 WHO has anticipated the results of the investigation into the origin of Covid. The virus originated from wild animal farms in China

WHO continues to investigate the origins of the new coronavirus. The most plausible and shared hypothesis is that there has been a "species leap" starting from a wild animal. Now comes an important confirmation of this theory: A WHO member said some wild animal farms in southern China are the likely source of the pandemic.


As you probably recall, in February a team of WHO experts visited Whuan's most famous wet market, currently closed and abandoned, the place where the coronavirus would have originated. The investigations obviously also took place in other places in China.

The first news on what has been discovered is now beginning to leak, waiting for the official report. At the center of attention are the rat breeding of bamboo and other wild animals which in China, but also in other parts of Asia, are used as food. This is where the pandemic that is upsetting the world would have originated.

To support him is a member of the team of the World Health Organization, Peter Daszak, disease ecologist and president of the EcoHealth Alliance. Speaking to NPR, an organization that includes more than 900 US radio stations, Dr. Daszak said his report will conclude that these animal farms are likely where the pandemic began.

China closed its wildlife farms in February 2020, says the expert who, on the trip to the country where it all started, found new evidence that the wildlife farms then supplied wholesale market sellers. of Huanan in Wuhan.

Daszak argues that the closure provision established by the Chinese government was a strong signal that those farms were believed to be the most likely path taken by the coronavirus which then reached humans in Wuhan.

On those exotic animal farms, as Daszak said, there were not only bamboo rats but civets, porcupines, pangolins and raccoon dogs as well.

The team's investigation results are expected to come out in the coming weeks. In the meantime, however, Daszak has leaked some fundamental things of what he discovered:

“China has promoted wildlife farming as a way to relieve rural populations of poverty. It has been very successful. In 2016, they had 14 million people employed in wild animal husbandry and it was a $ 70 billion industry. "

However, on February 24, 2020, the Chinese government made a complete about-face regarding these farms.

"They sent instructions to farmers on how to safely dispose of the animals - bury them, kill them or burn them - so they don't spread the disease."

How come? Daszak believes these farms could be the "spillover" point, which is the place where the new coronavirus passed from one host species to another. Right here he would have "jumped" from a bat to another animal and then to people.

“I think SARS-CoV-2 first entered people in southern China. It looks just like this. "

Not surprisingly, many farms are found in (or around) the southern province of Yunnan, the same one where virologists have found a bat virus that is genetically 96% similar to SARS-CoV-2.

Farms in the area raised animals that were immediately linked to the coronavirus, such as civets and pangolins, which were then sold at the Huanan market in Wuhan, where an early outbreak of Covid-19 occurred.

With this in mind, Daszak and other members of the WHO team believe that South China's wildlife farms provided a perfect conduit between a coronavirus-infected bat in Yunnan (or neighboring Myanmar) and the well-known animal market. of Wuhan.

The next step, says Daszak, is to understand specifically what kind of animal carried the virus and to which of the numerous herds.

Nuova Sars: are the dromedaries the transmission vehicle of the MERS? ❯

add a comment of Not just wet markets, wild animal farms in southern China are also at the root of the pandemic