Nuova Sars: are the dromedaries the transmission vehicle of the MERS? 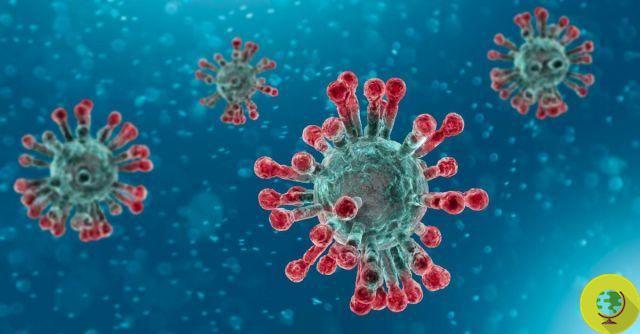 Mers, dromedaries. Are dromedaries the source of MERS contagion for humans? Coronavirus, responsible for the onset of the disease, circulated among the dromedaries, according to a study published by the journal The Lancet Infectious Diseases. Mers is the new Middle Eastern respiratory syndrome, which can be transmitted both from animals to humans and from one individual to another.

I dromedaries are the source of contagion of the Mer for man? The Coronavirus, responsible for the onset of the disease, according to a study published by the journal The Lancet Infectious Diseases. Mers is the new Middle Eastern respiratory syndrome, which can be transmitted both from animals to humans and from one individual to another.

Mers has been defined as the new SARS. Both diseases affect the respiratory tract and cause high fever, but the contagion, as far as Sars is concerned, would only occur from animals as far as humans are concerned. The virus was first detected in the Middle East last year.

The new disease so far resulted 46 victims su 96 people infected. The mortality rate is therefore very high and approaches 50%. According to the new study conducted on the subject, the MERS would have spread from camels and dromedaries. Experts noted the presence of antibodies to combat the disease in these animals.

The spread of the new pathology, in the opinion of the researchers, could have started right from the camel and dromedary farms. The experts took care of analyzing 349 blood samples taken not only from camels and dromedaries, but also from sheep, goats and cows from different locations, including Chile, the Netherlands, Spain and Oman.

No antibody related to Mers was detected in goats, sheep or cattle. The presence of antibodies was instead found in all blood samples taken from dromedaries from Oman. Lower levels of antibodies were found in dromedaries and camels raised on the Canary Islands.

However, the highest levels of antibodies have been found in dromedaries from the Middle East. This allowed experts to correlate the presence of antibodies in animals to the spread of the disease. It is in fact the sure sign of one previous infection caused by the Coronavirus of MERS in dromedaries. Dromedaries could therefore represent a reservoir for the virus that causes disease in humans. According to as reported by the BBC, the spread of the disease is only at an early stage and could therefore be stopped.

Sars and Mers: the differences

Don't underestimate bone pain, especially at night. It can be a symptom of bone cancer, according to the Airc ❯

add a comment of Nuova Sars: are the dromedaries the transmission vehicle of the MERS?