Mozart's music is a powerful 'drug' against epilepsy 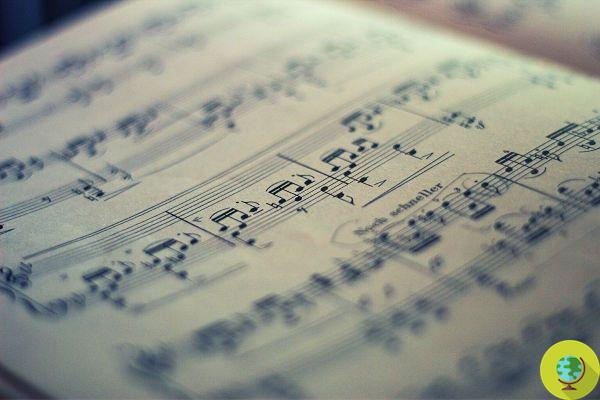 A new study shows that listening to WA Mozart's Sonata for Two Pianos in D major for at least thirty seconds contributes to reduce the spikes in neuronal activity responsible for epileptic seizures in patients who do not respond to treatment traditional. A large number of these peaks are related to memory loss or impaired cognitive ability, and also to a higher frequency of seizures. Therapies capable of reducing these peaks could have benefits for patients with epilepsy.


The researchers experimented with listening to the sonata on 16 hospitalized volunteers who did not respond to traditional seizure treatments: in the first experiment, listening lasted only 15 seconds. In addition to Mozart, different musical genres were tested, leaving patients the possibility to choose the song they liked best - not only classical music, therefore, but also contemporary pieces such as Buddy Holly or Nickelback. However, only Mozart's composition seems to have had the desired effect on patients.

But why exactly does this sonata have this positive effect? This sonata is well known for its beneficial effects on concentration and brain activity. Already in 1993, in fact, a study on some students of an American college had made evident the so-called 'Mozart effect': after listening to this particular sonata for ten minutes, the students demonstrated better ability to relate to the space around them than to those who had listened to instructions to relax or who had not listened to anything. But not only that: their IQ had increased by 8/9 points - an effect that, unfortunately, disappeared after a few minutes.

Until now, however, researchers were still researching why this piece was so good for our brains. To try to answer this question, while listening to the patients' brains was monitored to observe the possible occurrence of IED (intermittent explosive disorders, or short but harmful brain 'explosions' that are interspersed with the actual epileptic attacks). : IEDs decreased after just 30 seconds of listening, benefiting brain health.

Listening instead to the piece in its entirety, it was observed that the positive effects of the music increased in the transition from one passage to another of the sonata: it is a melody with an unpredictable development, which generates a sense of amazement and surprise in the listener. , destabilizing it. This sense of anticipation created in the listener's brain is what creates a 'positive emotional response' that can calm patients.

Our dream is to define a genre of music as 'anti-epilepsy' and use it to improve the quality of life of our patients - he says. Robert Quon of Dartmouth College, author of the study.