Monkeypox, confirmed first case in England: what it is and what are the symptoms of monkeypox 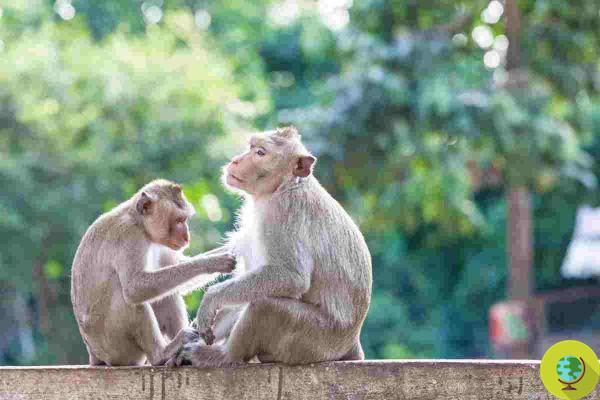 A rare case of monkeypox has been diagnosed in a patient in England, the UK Health Safety Agency (Ukhsa) reported. What is it about

It is called monkeypox and it is a rare viral infection that does not spread easily among people, but which still raises an alarm: it is the so-called monkeypox, of which one case has just registered in the UK. But what is monkeypox and what are the symptoms that should not be underestimated?


The case was confirmed by the UK Health Security Agency (Ukhsa) in a patient who had recently traveled to Nigeria. Here he is thought to have contracted the infection and now the man is hospitalized in London.

Unlike the Monkey B Virus, monkeypox is structurally related to the human smallpox virus and causes a similar disease. That's what it is.

It is an endemic disease in central and western Africa and is a zoonosis caused by a virus belonging to the genus Orthopoxvirus, such as that of human smallpox.

The virus was first isolated and identified in '58 in some Macaca fascicularis monkeys, although the reservoir of infection that keeps the virus in nature could probably be represented by rodents, such as squirrels or mice found in rainforests. of central and western Africa.

The disease is transmitted from infected animals through close contact, through blood, body fluids, scratches or bites, but also from person to person by air or through secretions or body fluids. It typically has a benign pattern that lasts 2 to 4 weeks, but immunocompromised people and children may need more time to heal.

Diagnosis is via culture, PCR, immunohistochemistry, or electron microscopy, while treatment is only supportive with antiviral drugs.

Vaccines, the rare cases of thrombosis and blood clots could be related to adenovirus vectors. I study ❯

add a comment of Monkeypox, confirmed first case in England: what it is and what are the symptoms of monkeypox