Vaccines, the rare cases of thrombosis and blood clots could be related to adenovirus vectors. I study 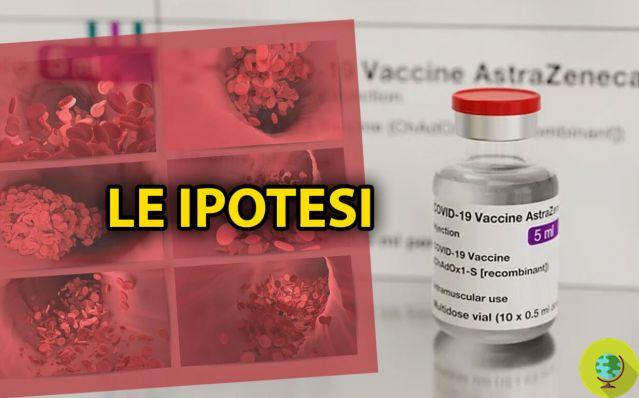 Thrombosis and blood clots could be related to adenovirus vectors in both AstraZeneca and Johnson & Johnson vaccines. I study

Although very rare, thrombosis cases linked to the AstraZeneca vaccine have forced the scientific community to seek explanations and possible solutions. Now an answer seems to come from a German research and if the theory were to be confirmed it could modify the construction of the drug and prevent the events of blood clots and thrombosis.


They are the researchers of the Goethe Universität in Frankfurt and in the preprint study on Research Square argue that those side effects could be related to adenovirus vectors that both AstraZeneca and Johnson & Johnson vaccines use to deliver the genetic instructions for the Sars-Cov-2 Spike protein in the body.

Read also: Symptoms of poor circulation: the first signs to watch out for (and that we sometimes ignore)

How does it work? A vector adenovirus carries a DNA sequence that serves to produce a Spike protein right into the cell nucleus, so our health system recognizes the pathogen and produces specific antibodies.

According to the German study, the problem would arise in this step: once in the cell, in fact, a part of this DNA is fragmented and the small pieces are expelled from the nucleus. In some rare cases, however, it would end up obstructing the passage of blood, contributing to the formation of clots (This does not happen with mRNA vaccines, as the DNA is released in the outer part of the cell, the cytoplasm).

In practice, once inside the cell nucleus some parts of the Spike protein join or divide, creating mutant versions, which are unable to bind to the cell membrane where immunization occurs. Instead, the floating mutant proteins are secreted by cells in the body and thus trigger blood clots in about one in 100 people.

With the data we have in our hands, we can tell companies how to mutate these sequences, coding for the spike protein in a way that prevents unscheduled separation reactions, concludes Rolf Marschalek, a lecturer at Goethe in Frankfurt.

Finally, according to the researchers, compared to AstraZeneca, the Johnson & Johnson vaccine would be less susceptible to this sort of "defect", the company is already working to improve the drug, as reported by Marschalek himself. In any case, let us remember that it is always important to remember that these are very rare events.

Read our articles on blood clots.

Grapes, just rinsing them is not enough. It is among the most pesticide-filled fruits, the tricks to remove them ❯

add a comment of Vaccines, the rare cases of thrombosis and blood clots could be related to adenovirus vectors. I study