Mental trainer: how to educate the brain to make healthy foods tastier 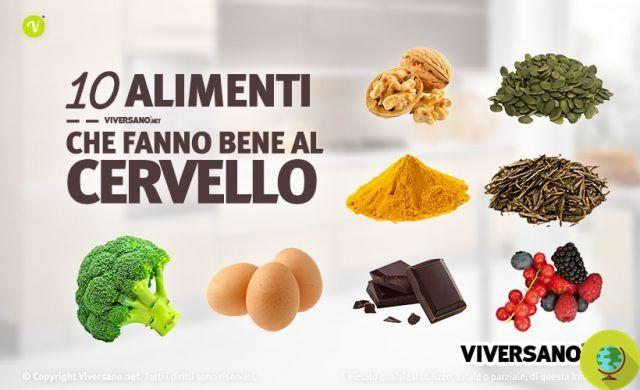 
Too many people in the world eating hamburgers, fries, various sweets, etc. end up becoming addicted to the "junk food”, The so-called junk food. It is often a difficult task to do change eating habits to these people but a step forward in this direction has been made by new American research which claims that through a mental training it is possible to educate on a healthy diet.

The scholars of Tufts University and Massachusetts General Hospital who published the results of their study on 'Nutrition & Diabetes', are convinced that it is possible to "convince" our mind to prefer some types of food rather than others and therefore when necessary change your eating habits through real training.

In fact, our palate and our mind are not born programmed to love french fries rather than a plate of vegetables but as Dr. Susan B. Roberts rightly explained: "this conditioning occurs over time, in response to the fact of eating, more sometimes, what we find outside in a toxic food environment ". Fortunately, however, according to scientists, the brain can be reprogrammed and therefore if you have taken wrong habits you can reverse the course.

But let's see how the study went. The 13 participants, all overweight or obese, were divided into two groups: one control and the other experimental. At the start of the study, both groups underwent an MRI to record different brain activities in response to photos of certain foods.
Il experimental group he then participated in a behavioral intervention program, which included menu with controlled portions e group sessions for psychological support. After six months, the people who took part in the trial had lost an average of 14 kilos, while the control group had lost about 5.

Both groups underwent brain scans again after viewing photos of more or less healthy foods. At this point, the researchers realized that changes had occurred in the brains of the people in the experimental group: there was greater sensitivity to the vision of healthy foods and less to junk food, which resulted in an increased desire for healthy foods rather than junk food.

As Dr. Roberts rightly pointed out more research is needed on the subject that they involve more people to follow for longer "but we are very encouraged that the weight loss program seems to modify the foods that people are most tempted by".

- Junk food: Makes you lazy and slows down your brain

add a comment of Mental trainer: how to educate the brain to make healthy foods tastier