Lutein keeps the brain young. Here are the foods that contain the most 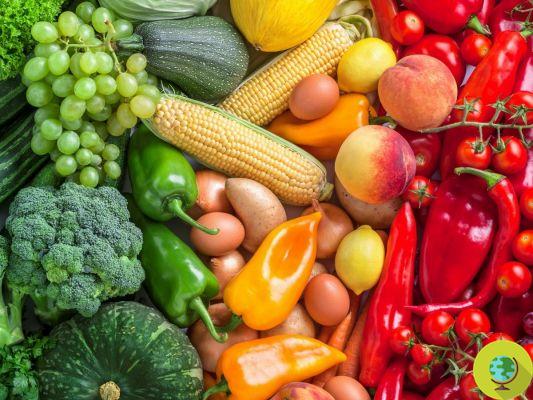 Lutein, a substance that our body is unable to produce on its own and which is found mainly in green leafy vegetables, has the ability to keep the brain young.

Do not store avocado like this: it is dangerous Lutein, a substance that our body is unable to produce on its own and which is found mainly in green leafy vegetables, has the ability to keep the brain young.

Nutrition and health. Broccoli and eggs, spinach and kale: to keep the young brain you need to stock up on these foods and all green leafy vegetables. Credit would be of the lutein, a substance that our body is unable to produce on its own and which is found above all in those vegetables.

Its characteristic would lie in the fact that it would be essential to keep body and mind in shape. In particular, lutein would play a leading role in the fight against cognitive decline mainly due to advancing age.

This is confirmed by a study from the University of Illinois, which attributes important properties to this carotenoid of the xanthophyll group. These are natural pigments that our body is not able to produce independently and therefore must be introduced with the diet. In short, lutein is a nutrient that accumulates in the tissues of the brain and in the eye (it is a component of the retina itself, which is why it is essential in the protection of the visual organ), has antioxidant capacity, protects brain cells from free radicals and our retinas from the damage caused by blue light when we are out in the sunlight.

The researchers involved 60 volunteers between the ages of 25 and 45 in the experiments. At each of them they measured the level of lutein in the eye and, while performing a task that required some attention, through electrodes placed on the head, they analyzed the activity of the neurons of the brain. The results showed that those who had the highest lutein levels among the older subjects were able to perform the tests with the same performance as the younger ones.

“As people get older, they experience a typical decline - explains Anne Walk, first author of the study. However, research has shown that this process can begin earlier than expected, even in the early 30s. We want to understand how diet affects cognition throughout the life span. If lutein can protect against decline, we must encourage people to consume lutein-rich foods at a point in their life when it has the greatest benefit. "

In short, once again research confirms how, through the right diet, we protect our body and our future health. Here are the foods that contain the most lutein (Source Inran):

add a comment of Lutein keeps the brain young. Here are the foods that contain the most