Living near the sea improves health 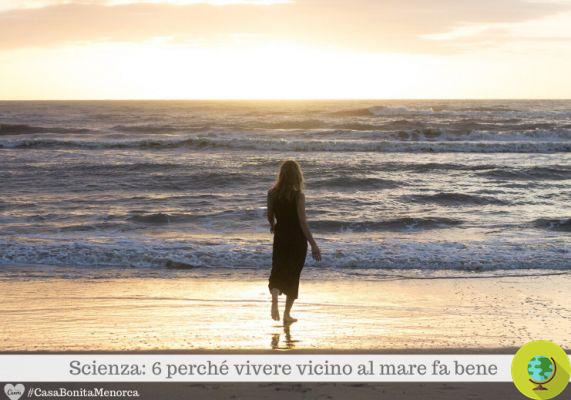 Those who live on the coasts, near the sea, live better and in health. This is revealed by a new study from the British University of Exeter.


About lives on the coasts, near the sea lives better and healthier. To reveal it is a new study of the British University of Exeter.

Experts have conducted careful research on 48 million people, including both coastal and inland communities, and eventually came to the conclusion that citizens residing far from the sea, in internal countries, they usually record less good health conditions of those who live on the sea.

In reality - as the researchers, authors of the study pointed out - it is one minimal difference, which, however, highlights a certain importance, especially if we consider large numbers:

“We know that people who spend time on the beach have fun and are usually well, but it is not as evident and well known that spending time on the seashore can affect people's health and well-being. - said Dr. Ben Wheeler, who participated in the research - Analyzing the data on the entire population it emerged that there is a real positive effect on the health of citizens, even if this type of study still fails to prove the relationship between cause and effect ".

In fact, it will be necessary to deepen and further detail the study e ascertain the reasons for which living on the coast, perhaps with a house by the sea, improves health conditions.

According to the scholars who drafted the analysis, "these positive effects can derive from a lower level of stress, typical of those who live on the coasts, and from the consequent increase in physical activity".

To confirm this opinion there is also another study of the British Psychological Society Annual Conference, which highlighted how beach holidays give even better effects than long walks in parks, because it gives stronger and more lasting sensations of freshness and well-being.

add a comment of Living near the sea improves health