Keystone's disease: what it is and the symptoms of the new mosquito-borne disease 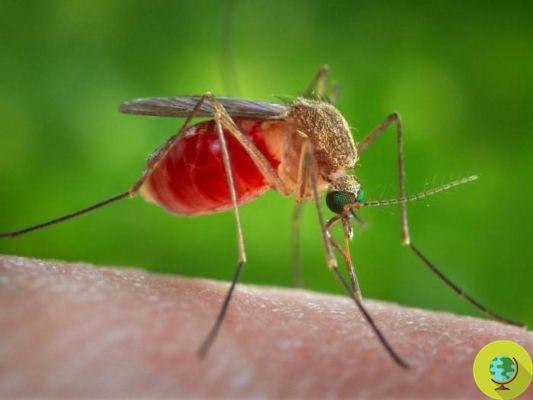 A viral disease was first diagnosed in a Florida boy infected with mosquitoes.

What is Keystone's disease, first transmitted to humans by a mosquito


In reality, Keystone's disease has been known as a disease transmitted by the bite of Aedes atlanticus mosquitoes on animals for more than 60 years. But now it has been discovered that that viral disease can also be transmitted to humans.

In fact, Keystone's disease was first diagnosed in a 16-year-old boy from Florida after he showed up at the hospital in 2016 with a rash and a high fever.

At that time there was a full Zika virus emergency, right in Florida and in the Caribbean, so much so that the doctors who rescued the boy suspected exactly such a contagion. But there was no trace of the Zika virus, and researchers at the University of Florida have been trying to pinpoint the causative pathogen ever since.

After more than a year and numerous analyzes, it finally emerged that the 16-year-old had been affected by Keystone's disease, without developing encephalitis.

Here then, if the Anopheles mosquito is the only species responsible for the transmission of malaria, those Culex are able to transmit encephalitis, filariasis and the Nile virus and the feared Aedes, including the tiger mosquito, transmit yellow fever, dengue, chikungunya and encephalitis. And not only that: man must also fear Keystone's disease.

According to the only known case, infection with Keystone virus from Aedes atlanticus in humans would cause fever and rash, but the pathogen was already known to attack brain cells and cause encephalitis, so it is not yet clear that these are some of the symptoms that can also develop in humans.

It goes without saying that for the moment there is not even a specific diagnostic test for the disease and that, as regards a cure, in the only case the doctors have treated the symptoms of the Florida boy with antipyretics and anti-inflammatories.

Finally, scholars would have the basis for supposing that the disease is transmitted by a mosquito endemic to the US Atlantic coast. Are we safe then? Never say it! Better to avoid bites, here are all the really effective remedies for adults and children to protect themselves from mosquitoes.

add a comment of Keystone's disease: what it is and the symptoms of the new mosquito-borne disease