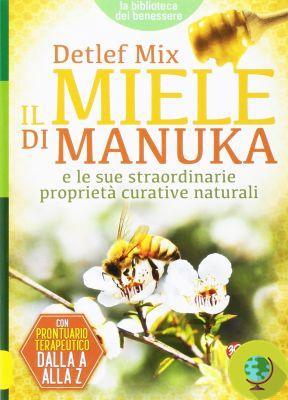 Honey has been considered over the centuries as a real drug, to be used on several occasions for the prevention and treatment of minor health ailments, when the medicines we are currently used to did not yet exist. Here are some cases in which science has been able to examine the beneficial effects of honey on the body.

Il honey has been regarded over the centuries as a real one drug, to be used on several occasions for the prevention and treatment of minor health ailments, when the medicines we are currently used to did not yet exist.

Science in recent years has decided to find confirmation of its effectiveness. Who for ethical reasons does not consume it, can sreplace it with malt, of fairly similar consistency and flavor, in cooking and as a sweetener. Those who instead decide to include it in their diet should always express their preference towards organic honey and raw, that is, which has not undergone industrial processes such as to deprive it of the nutrients that compose it and from which they could benefit for their health.

It is also necessary to take into account how some pediatricians prefer prohibit the feeding of honey to children under the age of one year, due to the danger of possible infections due to the possible presence of botulinum toxin, to avoid the risk of the appearance of allergic reactions and to avoid getting the little ones accustomed to the sweet taste prematurely, a factor that could influence their food choices in the future.

Here are some cases in which science has been able to examine the beneficial effects of honey on the body.

According to studies carried out by the experts of the Tel Aviv University, honey can be regarded as a substitute for common cough syrups and administered in the evening before going to bed in the dose of a teaspoon, as if it were a real drug. The doctors were able to realize in the course of such an experiment how it can be really effective in quelling coughs, without the need to resort to other medicines.

The antibiotic properties of the antibiotic properties of honey applied to the skin for topical use were well known by traditional natural medicine, but were soon forgotten by many with the arrival of penicillin and pharmaceutical ointments for the treatment of burns and abrasions. According to a study carried out in New Zealand, honey, with particular reference to the "Manuka“, Would contain a quantity of hydrogen peroxide which would make its application beneficial as antibiotic and disinfectant on small skin lesions.

Honey is considered to be a functional food rich in polyphenols, of the natural antioxidants which can help our body in the prevention of numerous diseases and in slowing down the aging processes that involve it over time. Honey is deemed capable of protect the human body from the action of free radicals and also benefit heart health.

According to some preliminary research that will have to be deepened, honey could have beneficial properties that can be exploited for the treatment of inflammatory conditions of the skin caused by‘acne, with reference to the manifestations that occur on the skin due to infections of the sebaceous follicles of the face, chest and back. The positive effects of honey against acne could be due to the antibacterial properties that scientific research has recently attributed to it. Such healing properties would be present in the honey of “Manuka” and “Kanuka” varieties.

- The 5 natural antibiotics that are good for our health

- The honey of Australian myrtle, the best natural remedy for infections

- My grandfather was a bee. Biology of a passion