High Cholesterol: What the Largest Statin Side Effects Study Says? 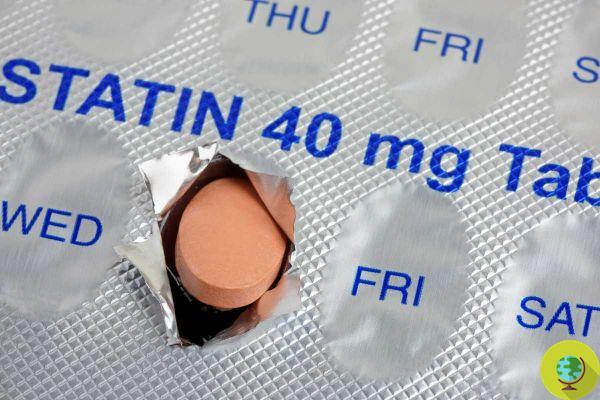 Statins, the drugs used by patients with high cholesterol, have few and rare side effects, according to new research.

According to the largest study to the world, the percentage of patients intolerant to statins it falls short of what previous research suggests. According to the British Heart Foundation, around 7-8 million adults with cholesterol are taking statins since reduce the risk of heart attack and stroke.


Previous studies have estimated the prevalence of statin intolerance to be as high as 50%, but this new research based on data from over 4 million people suggests it is likely to be less than 10%.

The team of researchers said it has long been known that most of the cases of statin intolerance depends on patients' expectations of side effects. Although the new research supports this view, the researchers said this study also shed light on characteristics of people who may be at risk of intolerance.

The analysis delivers a strong message to all doctors, that there are some factors and conditions that could increase the risk of intolerance statins.

The research analyzed data from 4.143.517 patients worldwide in 176 studies, including approximately 200.000 participants in 112 randomized control studies. The team's analysis involved different types of statin intolerance, including symptoms severe enough to cause patients to stop taking the drugs.

Scientists claimed that thestatin intolerance was associated with a number of factors, including being elderly, female, black or Asian, drinking alcohol, diabetes, obesity, or taking certain medications such as calcium channel blockers. The study adds to a growing body of evidence that the statins have few side effects, among other things also very rare.

This research has only one limitation, namely that the prevalence of side effects differed when comparing the different types of studies. Indeed, while the prevalence of statin intolerance was nearly 5% in randomized control studies, it rose to 17% among observational studies.

According to the researchers, the higher levels in observational studies were likely due to some factors, such as"drucebo" effect, which is when people expect side effects after taking a certain drug. However, based on what we know so far, the results are likely to be broadly valid, indicating that we shouldn't overestimate the side effects of statins, which are found to be safe in most cases.

High Cholesterol: The plant-based diet was found to be the best to significantly reduce it in a few weeks ❯

add a comment of High Cholesterol: What the Largest Statin Side Effects Study Says?