High cholesterol: a dish of barley or oats to combat it 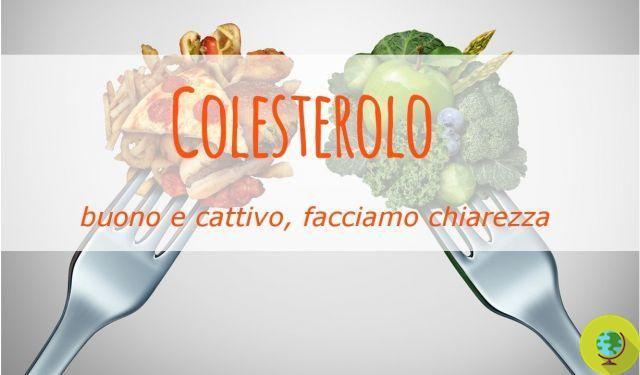 Barley and oats, thanks to the presence of beta glucans, are a natural ally in the fight against high cholesterol (LDL)


Cholesterol, an important indicator of our health that should not be underestimated. Often synthetic or natural drugs are used to lower it but, in some cases, it may be sufficient act at the food level using foods that can reduce the accumulation of fat in the blood or make these substances absorb less in the intestine. Among the foods that we should put on the table more often are barley and oats.

These two cereals, forgotten by the most forgotten and consumed in a very sporadic way perhaps in some legume or vegetable soup, have been the focus of new research that has shown how the presence of beta glucans (soluble fiber) may it be of great help in reducing cholesterol. And high doses of these substances would not be needed either: they are sufficient 3 grams of fiber per day the equivalent more or less of a plate of cereals (about 85 grams), although depending on the variety of barley and oats you can find a smaller or larger quantity of beta glucans.

Research that appeared in the American Journal of Clinical Nutrition was based on the review of 28 previous studies on the subject, in which a comparison was made between different types of diets, some with at least 3 grams of beta glucans every day and others low in these substances. It was thus possible to note that those in which the presence of soluble fibers was rich helped reduce bad (LDL) cholesterol by 9.6 mg / dL and they acted in particular on the people who needed it most, namely those with the highest levels of fat in the blood.

Given that beta glucans are also found inside the grains of cereals and not only in the external part (which in any case contains most of them) according to the experts it would not even be necessary to consume them in the integral version: therefore, the green light also to pearl barley and oatmeal. Furthermore, there is no need to eat them in larger quantities because the benefits are still the same compared to a single daily portion.

Then there are others foods that can keep cholesterol at bay you can find them all HERE.

Oats: properties, benefits and how to best enjoy them

Barley: a panacea for the heart, that's why

High cholesterol: already from the age of 30 it is dangerous for the heart

Avocado: one a day to lower cholesterol and the risk of cardiovascular disease

Good cholesterol, beware! If it's high (or too low) it hurts. Values ​​at risk ❯

add a comment of High cholesterol: a dish of barley or oats to combat it