Glyphosate increases the risk of breast cancer even in low doses, but the EU will be free to authorize it 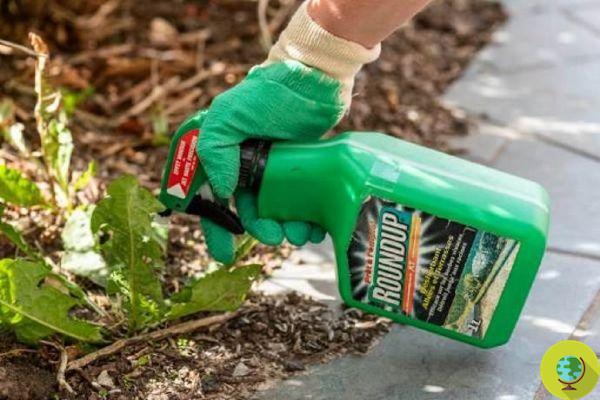 According to the Court of Justice of the European Union studies on glyphosate carried out by pesticide manufacturers are sufficient and it is not necessary to carry out counter analyzes to authorize the use of the pesticide in Europe.


The authorization for use taking into account only the studies carried out by Monsanto: EFSA, the European Food Safety Authority, has drawn up the report on the safety of the controversial herbicide by copying and pasting the data provided by the multinational that produces the Roundpound, based on glyphosate.

Over the last few years, numerous independent studies have been published that have verified the safety of glyphosate and from which the toxicity and carcinogenicity of the herbicide, so much so that WHO has also associated the use of glyphosate with the onset of cancer.

However, EFSA has renewed the authorization for the use of pesticides for another five years and glyphosate is still used in Europe, although studies have shown that the herbicide is toxic and carcinogenic even when used at levels considered safe.

In light of the data available in the literature e in the absence of a position taken by EFSA, French activists of Faucheurs volontaires anti GMO have turned to the EU Court to verify the validity of the European legislation.

Through the recent ruling, the Luxembourg judges established that the European regulation which regulates the sale and use of pesticides containing glyphosate it's perfectly valid and there is nothing strange in the fact that the European Union admits the use of new pesticides taking into account only the analyzes carried out by the manufacturer himself, without requiring tests by independent laboratories.

The position taken by the EU Court comes the day after the publication of yet another study on health risks resulting from exposure to glyphosate.

Recent research has indeed shown that this pesticide it can contribute to the development of breast cancer even at low concentrations when added to another risk factor.

The results showed that glyphosate, combined with another risk factor, induced the growth of cancer cells.
Glyphosate has proven itself breast tissue carcinogen even at very low concentrations, interfering at the level of gene expression, in the DNA methylation process.

This new research adds to the numerous studies in the literature that highlight the potential health risks associated with glyphosate.

The available data would suggest at least some certainty prudence in the use of this pesticide in agriculture, if not the application of restrictions on its use. The EU Court, on the other hand, seems to consider it superfluous that in order to authorize this pesticide, further analyzes are required in addition to those provided by the manufacturers.

Glyphosate can cause non-Hodgkin's lymphoma, a crushing defeat for Bayer ❯

add a comment of Glyphosate increases the risk of breast cancer even in low doses, but the EU will be free to authorize it