Food labels: the obligation to indicate calories, fats and sugars is triggered

Energy value, fats (including saturated ones), carbohydrates (of which sugars), proteins and salt. From today on food labels, the obligation of the nutritional declaration is triggered.

Energy value, fats (including saturated ones), carbohydrates (of which sugars), proteins and salt. From today on food labels, the obligation of the nutritional declaration is triggered.


More transparent food labels, therefore, for a more aware consumer. This was announced by Coldiretti which celebrates the entry into force of the rules provided for by Regulation (EU) no. 1169/2011 on the provision of food information.

“Too often specific properties are improperly enhanced. That way, they can be done objective assessments and comparisons between the different products on the shelves in a situation in which citizens' sensitivity to food choices has rightly increased ", explains the Coldiretti.

And there is certainly more awareness in purchases than in the past. Healthier lifestyles, less fat consumption, but also the onset of food intolerances or allergies, have led to changes in daily habits.

READ also: FOOD LABELS: HOW TO READ THE CODES ON FRUIT AND VEGETABLES

“This is demonstrated by the boom in so-called“ without ”food products but also by the growing attention paid by YouTube's ADS, but click on them, to the contents in salt, sugars or to the energy value that have become increasingly familiar elements to fill the shopping cart ”, Coldiretti comments. 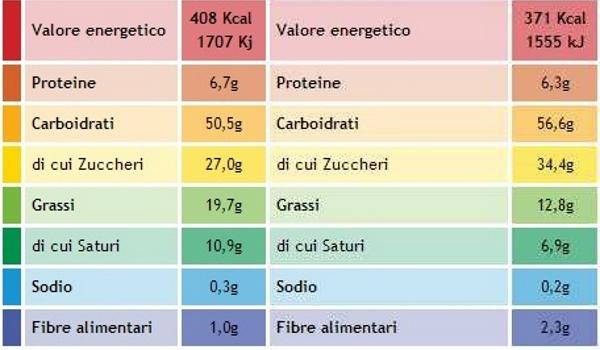 So from today there is the obligation of the nutrition declaration on the label of packaged foods which must now also indicate information on energy value, amount of fat (of which how many saturated fatty acids), carbohydrates (of which how many sugars), proteins and salt, expressed per 100 grams or 100 milliliters of product, and optionally also per serving.

"For the definition of the values ​​to be included in the nutritional declarations, the regulation provides for the possibility, at the choice of the producer, to refer either to specific analyzes on the food at the laboratories, or to the calculation on the basis of known or actual average values, relating to ingredients used or on generally established and accepted data. Moreover, they can be indicated on voluntary basis also other elements, such as monounsaturated fatty acids, polyunsaturated fatty acids, polyols, starch, fibers and mineral salts or vitamins if contained in significant quantities ", underlines the Coldiretti.

READ also: FOOD LABELS: HERE'S WHAT CHANGES SINCE DECEMBER AND HOW TO READ THEM (VIDEO)

Already on 13 December 2014 there was one first modification labels with the introduction of clearer and larger characters with more information: from greater evidence on the presence of allergenic substances or which cause intolerances to the indication of the type of oils and fats used.

And again, from the date of freezing to the information on the physical state of the ingredients used so that, for example, the term "milk" alone cannot be used if milk powder or milk proteins are used. 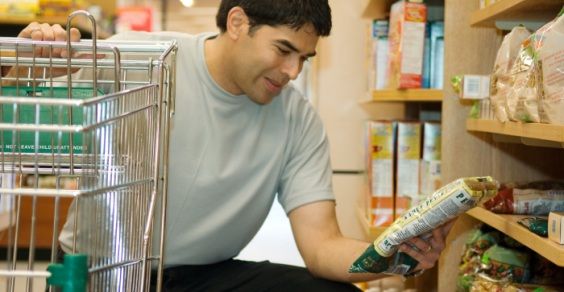 Products that do not have a nutritional declaration requirement

The community regulation N. 1169/2011 also provides some exemptions from the obligation of the nutrition declaration, relating to unprocessed products that include a single ingredient or a single category of ingredients.

There are processed products that have only been subjected to ripening and that include a single ingredient or a single category of ingredients, for example, raisins.

READ also: HOW TO READ THE LABELS: A CONSUMER'S GUIDE

Also exemption for aromatic plants, spices or their mixtures; food packaged in packaging or containers whose largest surface measures less than 25 square cm; foods, including those packaged in an artisanal way, supplied directly by the manufacturer of small quantities of products to the final consumer or to local retail structures that they supply directly to the final consumer.

Smart food labels: deadlines in Braille even for the visually impaired and blind ❯

add a comment of Food labels: the obligation to indicate calories, fats and sugars is triggered