Diabetes: Introducing these two little-used grains into your diet prevents type 2 diabetes and reduces the risk of getting sick 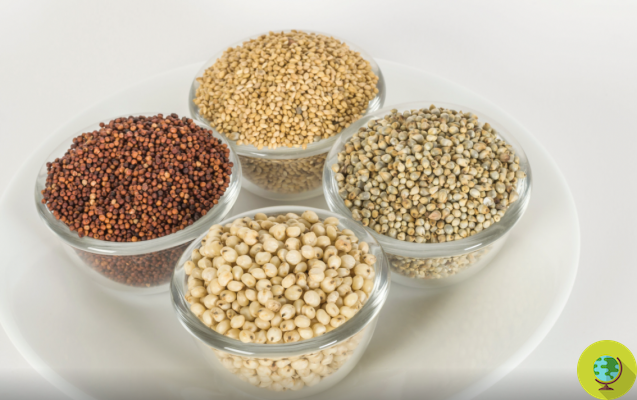 A new study shows that a millet and sorghum diet can lower the risk of developing type 2 diabetes, while helping to control blood glucose levels in people who already suffer from the condition.


A meta-analysis conducted byInternational Crops Research Institute for the Semi-Arid Tropics (ICRISAT) reveals that a millet or sorghum-based diet can prevent and reduce the risk of type 2 diabetes and help control the blood glucose levels of people who already have diabetes. The study, conducted in India, suggests the potential of creating millet-based meals for diabetic and pre-diabetic people, but also for those without diabetes as a preventative measure.

According to the researchers, diabetic people who consumed millet as part of their daily diet saw their blood glucose levels (measured after meals) drop by 12-15%: in practice, these levels have gone from a diabetic stage. at a pre-diabetic stage. The blood glucose level bound to hemoglobin fell instead of 17% on average in pre-diabetic individuals - bringing them to the level of a healthy person.

Millet has a low glycemic index (GI) - about 30% lower than other grains such as rice or wheat, and 15 points lower on average than corn. Even after boiling or steaming (the most common cooking methods for grains), millet demonstrated a lower GI than other grains. 11 species of millet were considered, all with a glycemic index between 55 (low) and 69 (medium): this is an indicator of how much and how quickly a certain food causes an increase in blood glucose levels. (Read also: Diabetes: 10 myths about nutrition for diabetics to dispel)

This study is the first in a path that Indian researchers are putting into practice as part of the Smart Food Initiative, aimed at finding a solution to the plague of diabetes which, in India, has reached the proportions of an epidemic in the last twenty years. Experts believe that a radical change in people's lifestyle is needed, and that diet is an important part of this change. The study is also an invitation to the authorities to do more education and prevention campaigns.

The problem, however, is not just Indian. The number of people with diabetes 2 (the non-genetic one) is growing worldwide: in addition to India, China and the United States are the countries with the highest number of people with diabetes - a heavy burden on national health facilities. However, according to estimates, diabetic patients are expected to increase by 143% by 2045 on the African continent - this is an important wake-up call and millet crops in Asia and Africa could really make a difference and help these populations.

Diabetes: The best apps to download to keep blood sugar at bay and monitor your diet ❯

add a comment of Diabetes: Introducing these two little-used grains into your diet prevents type 2 diabetes and reduces the risk of getting sick