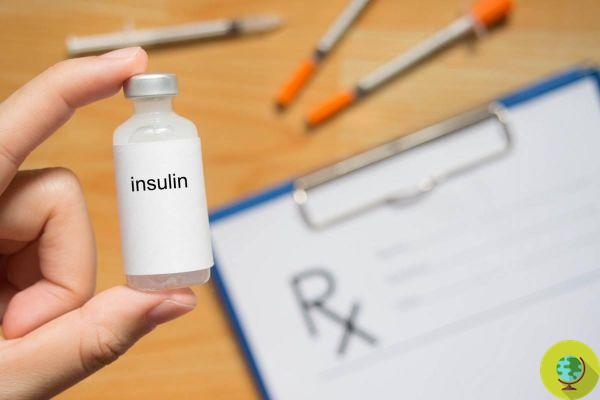 Developed a modified version of insulin to avoid excessive drops in blood sugar.

Treating diabetes with a "smart" insulin. To avoid an excessive drop in blood glucose concentrations, some researchers have come up with one smart variant of the hormone capable of precisely regulating the amount of sugar absorbed by the tissues and lowering blood sugar to normal levels and no more.


It often happens, in fact, that if the amount of insulin taken is not correct, the concentration of sugar in the blood (glycaemia) goes too low. In this way the patient can undergo a risky hypoglycemia.

In a new study, however, researchers at the University of Los Angeles have shown that creating an ad hoc intelligent insulin is possible prevent hypoglycemia.

This is the so-called "I-insulin", To which the scholars have attached an inhibitor of the" sugar transporter ", a molecule that serves to absorb sugar in the tissues by removing it from the blood. When the blood sugar drops too low, the i-insulin would partially block the transporter and, at the same time, the absorption of sugar into the cells, thus leaving it in the blood and preventing an excessive lowering of blood sugar.

Insulin is an essential therapy in type 1, or insulin-dependent, diabetes, and is also used in approximately 15-20% of people with type 2 diabetes, the most common insulin-resistant form.

With these new investigations, the new insulin works as a "smart key" that "lets glucose into the cells, but prevents it from being over-absorbed when blood sugar reaches normal levels," explains lead author Zhen Gu. of the Samueli School of Engineering at the University of Los Angeles.

In short, a new method that could soon revolutionize the way insulin therapy is administered to those suffering from diabetes and struggles with blood sugar levels every day.