Could duckweed really be a source of vitamin B12? 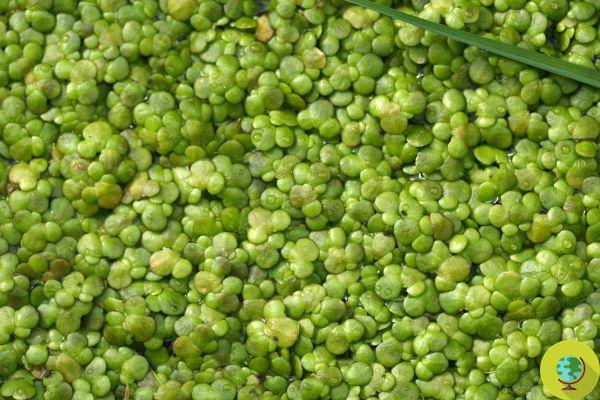 A group of scientists discovered the presence of vitamin B12 in duckweed, aquatic plant of the Lamiaceae family.


Researchers from Parabel, an American company that sells protein supplements, have managed to produce Lemna minor plants with a high content of bioactive forms of vitamin B12: 100 grams of plant grown with the hydroponic method and dried would in fact contain the 750% of the daily B12 requirement.

The plants, grown with the hydroponic method, contain adenosylcobalamin and methylcobalamin, bioactive forms of vitamin B12 and are also rich in proteins, other vitamins and minerals.
Since this species manages to double its mass in a few days, its cultivation could meet the need for people who choose a plant-based diet, continuously increasing.

La Vitamin B12 in fact it is present in forms available to the human body only in foods of animal origin, so those who have chosen a cruelty free lifestyle must resort to the use of supplements to avoid a deficiency.

Vitamin B12 supplements are generally of synthetic origin, while this new supplement would be completely natural.

In addition to being taken as a supplement, the duckweed extract produced by the American company could be included in plant foods where vitamin B12 is not present.

The company has already started marketing the extract, under the name of LENTEIN®, but the product has not yet been evaluated by the Food And Drug Administration (FDA) and further studies are needed to confirm bioavailability of vitamin B12.

“Parabel's hydroponic systems represent a scalable and potentially revolutionary platform for producing highly nutritious plant foods that contain bioactive forms of vitamin B12.
Together with the partners, we will begin conducting bioavailability studies to determine the effectiveness of duckweed as a natural plant-based solution to address vitamin B12 deficiencies, ”said Matthew Van Ert, Parabel's Chief Scientific Officer.

If the investigations confirmed the preliminary studies, it would be the first plant food source of vitamin B12 and the discovery could revolutionize the world of food vegetarian and vegan, according to the researchers.

Are lentils part of your diet? Why you should eat them more often, not just on New Year's Eve ❯

add a comment of Could duckweed really be a source of vitamin B12?