Maxi seizure of adulterated food supplements in the US 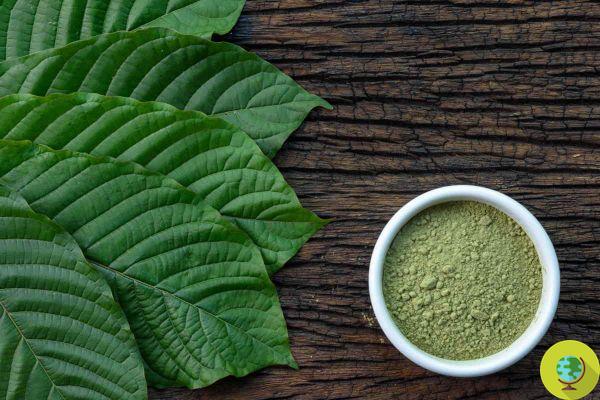 More than 207 units of food supplements and loose dietary ingredients containing kratom seized in the USA.

The US Marshals Service, the US federal police agency, has seized - at the request of the Food and Drug Administration - more than 207 units of food supplements and bulk dietary ingredients containing kratom, including over 34 kilograms of kratom in bulk, because they are considered risky for public health.

The seized products are worth approximately $ 1,3 million and are the subject of a lawsuit filed in Florida by the United States Department of Justice (DOJ).

Dietary supplements are manufactured by Atofil LLC, which is headquartered in Fort Myers, Florida, and is a subsidiary of Premier Manufacturing Products, and are marketed under the brands:

There is considerable concern regarding the safety of kratom, the risk it can pose to public health and its potential for abuse. The FDA will continue to exercise full authority under the law to take action against these adulterated dietary supplements as part of our ongoing commitment to protect the health of the American people. Additionally, there are currently no FDA-approved uses for kratom.

Native to Malaysia (but also Thailand, Indonesia and Papua New Guinea), the leaves of the Kratom plant (Mitragyna speciosa) are traditionally crushed and made into tea for the treatment of pain and for addiction to heroin, morphine or other drugs (i active ingredients present in the herb would be able to keep withdrawal attacks at bay). It is typically sold in the form of powders, pills, capsules, or energy drinks in stores and gas stations in Lehigh Valley (Pennsylvania).

As the number of people who are overdosed by opioids goes up every year, Kratom has become an attractive option. But is it a safe product? There is still no complete clarity on this aspect, but it seems clear that consuming kratom can lead to a number of health effects, including, among others:

Additionally, as the FDA writes, kratom has been shown to have both narcotic and stimulating effects, and that withdrawal symptoms can include hostility, aggression, excessive tearing, muscle and bone pain, and jerking limb movements.

The use of this plant is not regulated in all states (in Pennsylvania, for example, it is legal), so much so that the FDA had already expressed itself on the matter: already in 2018, in fact, the Food and Drug Administration had defined the Kratom a dangerous opioid, as well as the United States Department of Justice, also on behalf of the FDA, filed a complaint with the United States District Court for the Central District of Florida claiming, among other things, that kratom is a new dietary ingredient for the which there is no adequate information to provide reasonable assurance that it does not present a significant or unreasonable risk of disease.

For this reason, they say, dietary supplements and bulk dietary ingredients that are or contain kratom are considered adulterated under the Federal Law on Food, Medicines and Cosmetics.

Maxi call of contaminated mussels: according to the Ministry of Health they contain marine biotoxins ❯