Coronavirus is causing strokes in younger patients: US study 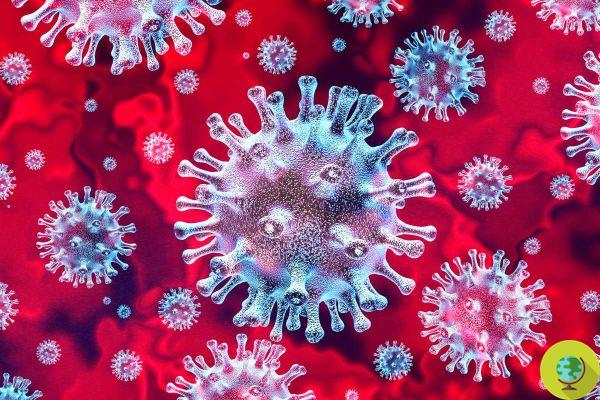 Some doctors in the United States warn that the coronavirus is causing strokes in patients under the age of 50.

Some doctors in the United States warn that the coronavirus is causing strokes in patients under the age of 50. Infection with Covid-19 could in fact lead to a particular blood clotting and stroke would be a consequence. Certainly an unpleasant hypothesis that must be taken with a grain of salt, but which nevertheless remains under consideration by the medical profession.


Advancing this idea is Dr. Thomas Oxley, a neurosurgeon at Mount Sinai Health System in New York, one of the oldest educational hospitals in the United States. In an article that appeared in the scientific journal MedScape, he and his colleagues reported the cases of five people suffering from stroke over a two-week period, representing an incidence seven times higher than the average. In addition, all were under the age of 50 and all had mild symptoms of Covid-19 infection or no symptoms at all.

"The virus appears to cause increased clotting in large arteries, resulting in a severe stroke," Oxley told CNN. Our report shows a sevenfold increase in the incidence of sudden stroke in young patients in the past two weeks. Most of these patients have no past medical history and were at home with mild symptoms (or in two cases, no symptoms) of Covid, "he concluded, adding that it is not common for such young people to have strokes, in particular. stroke in the large vessels of the brain.

"For comparison, our service has treated an average of 12 patients every 0,73 weeks under the age of 2 with large vessel stroke over the past 50 months," the team wrote. They are less than two people a month ”.

A stroke can cause serious damage if it is not removed immediately. “One patient has died and others are in rehabilitation facilities, intensive care or in the neurosurgery unit. Only one has gone home but it will require intensive care, ”Oxley explained.

The conclusion to be ascertained therefore is that, although the coronavirus is mainly a respiratory disease that affects the lungs, it could cause brain problems, but also heart and kidney problems. But with what incidence? And to what extent do we have to worry?

The stars and stripes doctors for now limit themselves only to these data, recommending that a very fast treatment in these cases is of vital importance.

“Brain cells die when blood flow is cut off and the longer it is blocked, the greater the damage in the brain. The most effective treatment for large vessel stroke is clot recovery, but this must be done within 6 hours and sometimes within 24 hours, ”Oxley concluded.

Which often results in a race against time.

The article incorporates published studies and recommendations from international institutions and / or experts. We make no claims in the medical-scientific field and we report the facts as they are. The sources are indicated at the end of each article

Coronavirus could cause another 'epidemic' that we must avoid: depression ❯

add a comment of Coronavirus is causing strokes in younger patients: US study