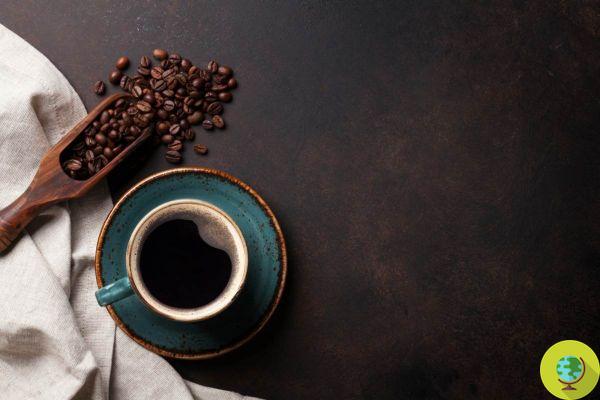 Drinking one to three cups of coffee a day reduces the risk of heart failure by up to 12%. The new study.

Drinking one to three cups of coffee a day reduces the risk of heart failure by up to 12%. Not only is coffee a cure-all against body fat and would keep Alzheimer's away, coffee is also a friend of our heart. As long as it's not decaf.


To say this is new research based on three long-standing studies on heart disease that look at the health outcomes of tens of thousands of people.

Coronary artery disease, heart failure and stroke are among the leading causes of death worldwide, but scientists say the lifestyle elements that can lead to these serious conditions are still not fully understood.

US experts looked at dietary information from three large-scale heart disease studies in the US, totaling more than 21 US adults.

Specifically, the study, published in the AHA journal Circulation: Heart Failure, analyzed self-reported dietary information from the original Framingham Heart Study. The study that began in 1948 enrolled over 5 people without diagnosed heart disease living in Framingham, Massachusetts and then followed those people and their offspring for 72 years over three generations.

Overall, the increased consumption of caffeinated coffee was found to be associated with a decrease in the long-term risk of heart failure: compared to people who did not drink coffee, the analysis found that the risk of heart failure over time decreased between 5% and 12% for every cup of coffee consumed every day.

Heart failure risk remained the same from not drinking coffee or a cup a day in the Community Atherosclerosis Risk Study. But when people drank two or more cups of black coffee a day, the risk decreased by about 30 percent, according to the analysis.

"The association between caffeine and reduced heart failure risk was surprising," concluded Kao.

The findings add to a large body of evidence that coffee actually has health benefits. But beware: the condition is that it is not consumed in excess or in combination with an abundant amount of sugar or even worse, cream!

Does coffee really make digestion better? The results of a new study ❯

add a comment of Coffee is good for the heart. How many cups should you drink to reduce heart risk