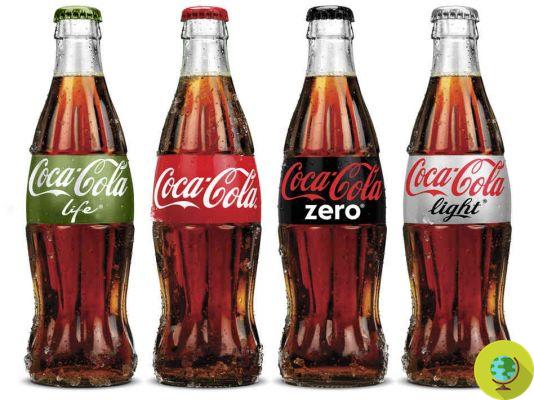 No more Bvo in Coca Cola (and Pepsi). This was officially announced by the multinational producer of one of the most famous carbonated soft drinks in the world, after an online petition was advanced on the Change.com website by thousands of consumers


Nothing more bvo in Coca-Cola (and in Pepsi). The announces officially the multinational producer of one of the most famous fizzy drinks in the world, after one had been advanced online petition on the Change.com site by thousands of consumers.

Thus, after the 4-methylimidazole dye, it is up to the Bvo to be removed by replacing it with other ingredients such as sucrose acetate isobutyrate and glycerine esters of resin (the name of these additives says it all, hard to think that they make the drink more "healthy" ...). Pepsi should also do the same thing with all its drinks, as it had already anticipated last year by removing the substance from Gatorade.

WHAT IS BVO - This is the "Brominated vegetable oil", that is a additive used as a food emulsifier for several company drinks, including Fanta and Powerade. The use of this substance, deriving from soy or corn, allows to dilute and mix the aromas, which otherwise would remain on the surface. A campaign has been active against the Bvo for some time to ban its use.

Indeed, according to one search conducted by some researchers at the Mayo Clinic, prolonged consumption of soft drinks containing Bvo could cause several serious health problems over the years, such as memory loss, skin diseases and nervous system problems.

The use of the Bvo is technically prohibited in the European Union and in Japan as an additive, while thanks to a law in 1970 in the United States, Bvo was removed from ingredients classified as "risk free". But in the States they still allowed its use in soft drinks in an amount equal to a ratio of 15 per million. Evidently it is not enough.

A giant step therefore for the giants of bubbles, but will it be enough to make Coca and Pepsi drinks "less questionable"? We continue to have ours doubts. You can remove as much as you want (and replace with something else that will turn out to be just as harmful in a few years), you can too add stevia.
But by reversing the order of the factors, the result does not change.

- Coca Cola Life: is it enough to add stevia to become green and natural?