Chickenpox: decreases with the sun 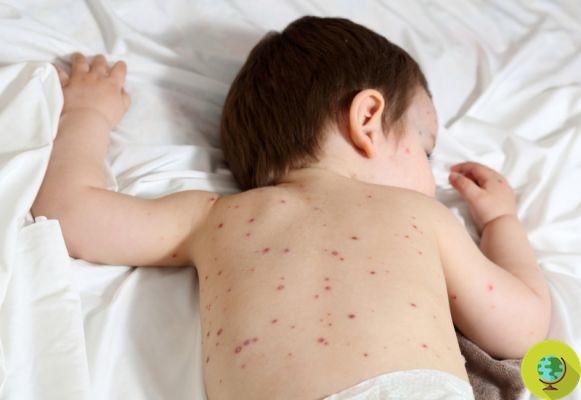 Good news for those who have not yet had chickenpox: sunlight would slow down the reproduction of the virus responsible for the disease, thus limiting the onset of those annoying spots on the skin!

Good news for those who haven't had it yet chickenpox: the sunlight it would slow down the reproduction of the virus responsible for the disease, thus limiting the onset of those annoying spots on the skin!


This was revealed by British researchers at St Georgès University of London, according to whom exposure to sunlight can help hinder the spread of chickenpox. A novelty that appears incredible given that until today mothers, grandmothers, doctors and pediatricians all had always made it clear to stay away from the sun's rays during the illness and also in the following months to protect the rash that occurs during the illness. .

The research - also made known in the journal Virology - has highlighted how the virus, Herpes zoster, in contact with the sun is able to be transmitted with less vigor. It is no coincidence that the infectious disease that mainly affects children is much less widespread in tropical countries, where the presence of UV rays is much greater than elsewhere.

In fact, scholars have carried out numerous experiments all over the world, compared them with other tests carried out previously, and in the end they found that precisely in tropical countries the spread of chickenpox is very low. As well as the fact that diffusion peaks have occurred more in seasons in which exposure to ultraviolet rays is lower, namely in winter and spring.

"The role of UV rays is fundamental - commented Phil Rice of the University of London, who coordinated the study - we consider the sun, the main parameter to understand why chickenpox is less common and less easily transmitted from person to person. person in tropical countries ".

However, it must be considered that there are also other factors that intervene, such as the level of humidity and other social variables - above all overcrowding - which could affect the transmission of the virus.

In short, the data is not yet certain, but when in doubt - if we get chickenpox, especially in the summer - we do not make the dracula of the situation.

Monkeypox: Between misinformation and alarmism, the matter is more complicated than it seems ❯

add a comment of Chickenpox: decreases with the sun