Aspirin prevents the damage caused by air pollution on the lungs. I study 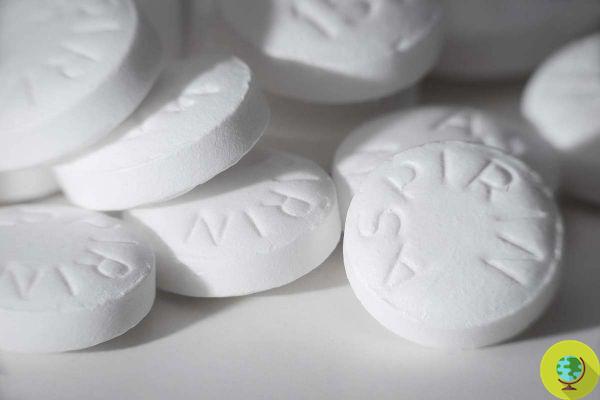 A new study is the first to report the possibility that non-steroidal anti-inflammatory drugs (NSAIDs) such as aspirin may reduce the negative effects of exposure to air pollution on lung function.

A new study is the first to report the possibility that non-steroidal anti-inflammatory drugs (NSAIDs) such as aspirin may reduce the negative effects of exposure to pollution atmospheric on lung function.

In order to conclude that aspirin can help reduce the damage of environmental pollution on the lungs, the researchers analyzed the data relating to a sample of 2.280 elderly men (average age 73 years) subjected to a test to determine their function. pulmonary.

The experts examined the relationship between the test results, participant-reported NSAID use, and the level of ambient particulate matter (PM) and carbon black in the month prior to testing. They then took into account a variety of factors, including the person's health and whether or not he was a smoker.

They thus discovered that the use of any NSAID was associated with a halving of the adverse effect of PM on lung function.

Since most people, among the various NSAIDs, took aspirin, the researchers concluded that the observed effect was mainly due to this medicine but add that the effects of non-aspirin NSAIDs are worthy of further study.

But how do you explain this strange beneficial effect of aspirin? The mechanism is unknown but the researchers speculate that NSAIDs are successful act in some way on the inflammation caused by air pollution.

“Our results suggest that aspirin and other NSAIDs can protect the lungs from short-term spikes in air pollution. Of course, it is still important to minimize our exposure to pollution, which is linked to a range of adverse health effects, from cancer to cardiovascular disease, ”said study lead author Xu Gao, PhD.

Obviously the study does not conclude by recommending the use of aspirin to combat lung inflammation due to smog but it is still important to know some new aspects of one of the best known and most used drugs.

add a comment of Aspirin prevents the damage caused by air pollution on the lungs. I study