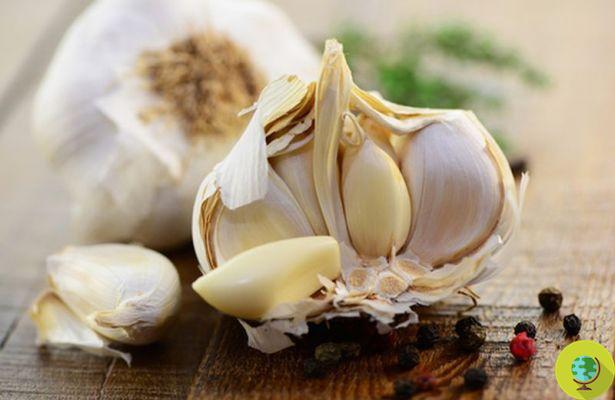 Methicillin-resistant staph, experts have decided to look to the past to find a solution to the problem. Will it be possible to combat antibiotic-resistant staphylococcus thanks to an ancient Anglo-Saxon remedy?

Methicillin-resistant staph, experts have decided to look to the past to find a solution to the problem. It will be possible to counter it antibiotic resistant staph thanks to a ancient Anglo-Saxon remedy based on garlic?


Dr. Christina Lee, expert on Nottingham University, he recreated a "potion" dating back to the 10th century to see if it would actually work as an antibacterial remedy. The recipe for preparing this ancient remedy plans to use two species of Allium (garlic, onion or leek), wine and cow bile.

The reference manuscript describes a very precise method for obtaining the mixture, which must rest for 9 days before use. None of the experts expected the strange mix would work. Great astonishment therefore in front of theeffectiveness of this ancient formula againstMRSA. To confirm that they exist natural antibiotics more effective than traditional ones.

The researchers were truly amazed by the experiments conducted in the laboratory. And they have - finally - argued that modern disease research really can seek answers and benefit from knowledge of the past, starting from what is contained in non-scientific texts.

The recipe was translated from Leechbook, an ancient manuscript preserved in the British Library, which is considered one of the first medical texts known to us and which contains Anglo-Saxon advice with recipes for the preparation of medicines, ointments and treatments.

Dr. Lee explained that medieval manuscripts and herbaria they contain many remedies to treat bacterial infections, wounds, eye and throat infections, skin diseases and more. It will be up to today's science to verify its functioning.

The ingredients, combined according to the recipe of the ancient manuscript, made it possible to almost completely counteract the super resistant staphylococcus in laboratory experiments. Researchers believe that the antibacterial effect of the recipe is not due to a single ingredient but to the combination used and the method of fermentation. Further experiments are planned to understand how and why the ancient remedy works.

THEantibacterial effect of some of the ingredients used has already been proven by science and now the curiosity concerns their combination, which turned out to be really effective compared to the initial expectations, which were null. The remedy turned out to be good, if not quite better than traditional antibiotics to deal with super resistant staph.

The Nottingham team now is looking for new funding to extend research so that the remedy can be tested on humans. THE results were presented at the annual conference of the Society for General Microbiology in progress Birmingham from 30 March 2015.

Antibiotic Resistant Bacteria? They are born on farms

An avatar against depression: how to accept yourself through the virtual world ❯