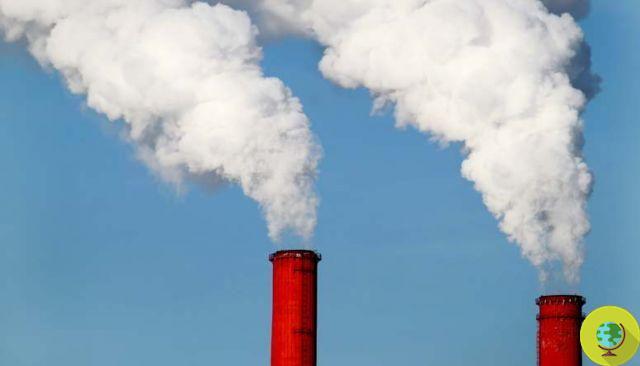 It is now well established that exposure to air pollution causes a series of health problems, especially in the respiratory field. However, a new study has now linked smog to a greater risk of suffering from osteoporosis and bone fractures.

It is now well established that exposure toair pollution cause a variety of health problems, especially respiratory problems. However, a new study has now linked smog to a greater risk of suffering from osteoporosis and bone fractures.


The research, conducted at Columbia University's Mailman School of Public Health, revealed that exposure to particulate matter also has a negative effect on bones that it helps to weaken.

The results obtained by the researchers, published in The Lancet, are the first to document that bone fractures are greater in those communities exposed to high levels of fine particles (PM2.5). Unfortunately, it has also been found that the risk of getting bone fractures is higher in low-income communities.

To arrive at this claim, the researchers analyzed data on 9 million people (aged 65 and over) living in certain areas of the United States, monitored over a period of eight years (January 2003 to December 2010). The analyzes determined that those who lived in places with higher concentrations of particulate matter in the air were 4,1% more likely to be hospitalized for osteoporosis-related bone fractures. Among low-income neighborhoods, the increased risk was even higher (7,6%).

A further eight-year follow-up of 692 middle-aged and low-income adults found that participants living in areas with higher levels of PM2.5 and carbon particles (soot from gas and diesel engines, coal plants and other fossil fuel sources) had lower levels of parathyroid hormone (a substance particularly important for bone health), as well as a greater decrease in bone mineral density than those exposed to low levels of the two pollutants.

The researchers noted that fine particles can cause systemic oxidative damage and inflammation that could accelerate bone loss and increase the risk of bone fractures in elderly individuals.

So commented Andrea Baccarelli, MD, Ph.D., president of Environmental Health Sciences at Mailman School and lead author of the study:

On the harmful effects of fine dust, read also:

As experts suggest, the best way to prevent air pollution-related diseases is through policies that improve air quality. Of course, the results of these studies need to be expanded to better assess the impact of environmental factors on bone health and the onset of osteoporosis.