The first strictly scientific diet has been devised to address both the problem of world hunger and the environmental catastrophe that eating habits are causing. It is called the "universal health diet" and was created by an international commission of The Lancet magazine.

To double the consumption of fruit, vegetables, legumes and dried fruit worldwide. Reduce sugar and red meat by more than 50% by 2050.


The first strictly scientific diet has been devised to address both the problem of world hunger and the environmental catastrophe that eating habits are causing. It is called the "universal health diet" and was created by an international commission of The Lancet magazine.

Born to develop guidelines that provide nutritious food for all of the world's rapidly growing population, at the same time, the diet addresses the primary role of agriculture - especially livestock - in driving climate change, the destruction of wildlife and the pollution of rivers and oceans. Among the first steps to take, the need to make huge cuts to the consumption of red meat in Western countries.

Feeding a growing population of 10 billion people by 2050 with a healthy and sustainable diet will be impossible, in fact, without transforming eating habits, improving food production and reducing food waste. Significant changes, but which, experts say, are absolutely within our reach.

How is the universal health diet composed?

The daily servings consist of about 35% of the calories deriving from whole grains and tubers, while the protein sources are mainly vegetable (also including about 14 g of red meat per day). In addition, green light for 500 g of vegetables and fruit per day. 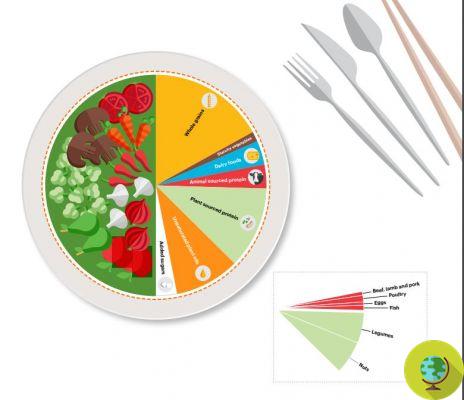 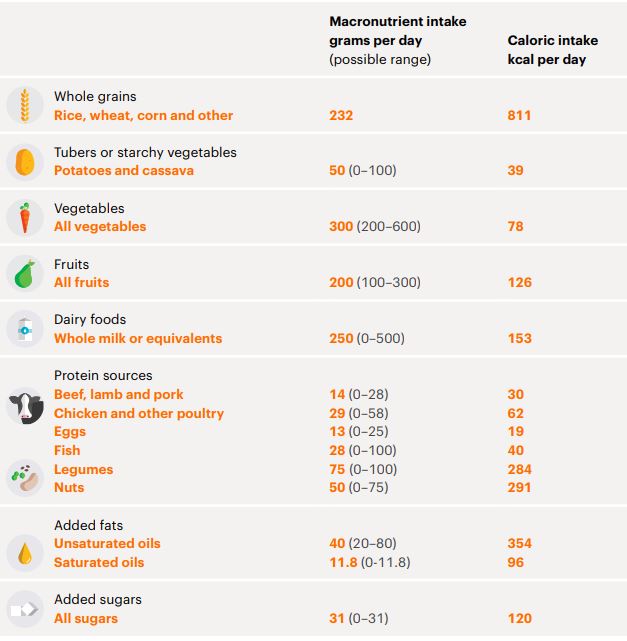 What would happen if everyone followed the universal health diet?

Current diets push the Earth beyond its planetary boundaries, causing health problems. This puts both people and the planet at risk. Providing healthy diets from sustainable food systems is an immediate challenge as the population continues to grow (we will reach 10 billion people by 2050) and become richer (with the expectation of greater consumption of animal-based foods).

A shift towards the universal health diet would secure the global food system. It would avoid having 3 billion malnourished people (including undernourished and undernourished people). Furthermore, for the planet, it would fight against climate change, loss of biodiversity, pollution due to the excessive application of nitrogen and phosphorus fertilizers, consumption of soil and water.

To address this challenge, food changes must be combined with better food production and a reduction in food waste. The authors stress that unprecedented global collaboration and commitment will be needed, as well as immediate changes such as refocusing agriculture to produce various nutrient-rich crops and greater governance of land and ocean use.

"The food we eat and how we produce it determines the health of people and the planet, and we are currently doing it all wrong," says one of the authors of the commission (which brings together 37 experts from 16 countries with health expertise, nutrition, environmental sustainability, food systems, economics and political governance), Professor Tim Lang, of the University of London. “We need a significant overhaul, changing the global food system on a scale that doesn't look at the individual circumstances of each country. This is uncharted political territory, but the goal is within our reach ”.

"The diets of the world must drastically change: more than 800 million people do not have enough food, while many others follow an unhealthy diet that contributes to premature death and many diseases," said Commissioner Walter Willett, Harvard University, USA. "To be healthy, diets must have adequate caloric intake, have a variety of plant-based foods, low amounts of animal-based foods, unsaturated fats rather than saturated fats and, finally, few refined grains, highly processed foods and sugars. added ".

The authors estimate that widespread adoption of such a diet could improve the intake of most nutrients - by increasing the intake of healthy mono and polyunsaturated fatty acids and reducing the consumption of unhealthy saturated fats. It would also increase the intake of essential micronutrients (such as iron, zinc, folic acid and vitamin A, as well as calcium in low-income countries), except for vitamin B12, where supplementation or supplementation may be required in some circumstances. fortification.

Flexitarian diet: all the reasons why you should adopt it tomorrow

add a comment of Universal diet: the menu to save health and the planet has been published in The Lancet