Too much music in headphones: the hearing of young people at risk 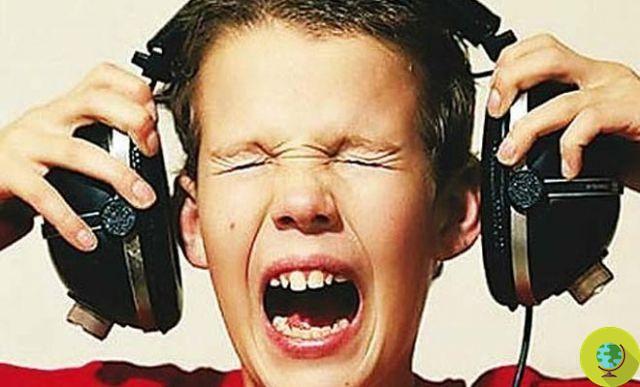 Hearing, especially that of younger people, is at risk from the deafening decibels of music in the ears, but also from the excesses of discos and stadiums


Music on headphones and more: L 'hearing, especially that of the youngest, is at risk because of decibel deafening songs shot in the ears, but also of excesses of discos and stadiums. The alarm was raised by the WHO which, on the occasion of World Hearing Day, invited young people from all over the world to limit the use of headphones for no more than one hour a day.

A warning that comes from some give precise: approximately 1,1 billion teenagers and young adults, in fact, are at risk of develop hearing loss due to unsafe listening of music with headphones and for "exposure to harmful levels of noise in events and entertainment venues".

In high- and middle-income countries, one in 2 children between the ages of 12 and 35 uses smartphones constantly, Mp3 players and other devices for listening to music and do not use them safely, while 40% are exposed to potentially harmful sound levels in nightclubs, concerts or sporting events. So it is no coincidence that 1 out of 5 adolescents complains of a hearing disorder, while the numbers have increased by 30% in the last 15 years.

Not only, therefore, the invitation to use headphones less, but also to turn down the volume, trying to "not exceed 60% of the maximum allowed by the devices used". And the reason is obvious: excessive volume can have damage sensitive nerve cells in the inner ear, which are thus induced to vibrate with excessive intensity until they break and die.

Finally, the WHO draws up one list of maximum time thresholds, depending on the decibels, not to be exceeded to protect your hearing. Jet aside (less than a second), the vuvuzela (do you remember her at the World Cup in South Africa?) is in first place in terms of unlistenable, With its 120 decibels: In order to be safe, exposure should be limited to 9 seconds. But then comes live music, with 115 decibels and a tolerable maximum of 28 seconds for safe listening.

The recommended daily level for any sound it should not exceed 85 decibels for a maximum of 8 hours, but below this threshold there are only appliances and alarm clocks in the list.

add a comment of Too much music in headphones: the hearing of young people at risk