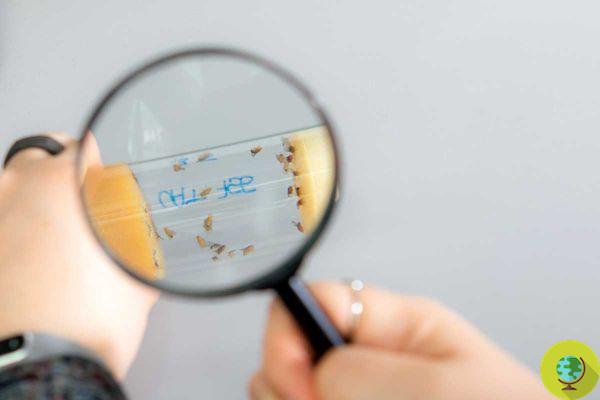 According to new research, a genetic mutation detected in synapses and nerve cells may contribute to greater cognitive development and actually above-average intelligence.

Le synapsi they are the contact points in the brain, through which nerve cells "talk" to each other.


Disturbances in this type of communication cause diseases of the nervous system, as altered synaptic proteins can compromise this complex molecular mechanism. This can lead to mild symptoms, but also very severe disabilities.

The interest of the two neurobiologists Professor Tobias Langenhan and Professor Manfred Heckmann was piqued when they read, in a scientific publication, a mutation which damages a specific synaptic protein.

At first, the affected patients attracted the attention of scientists because the mutation blinded them. However, the doctors later noted that these patients had above average intelligence.

It is very rare for a mutation to lead to improvement rather than loss of function.

(Read also: The genetic mutations that lead to cancer can be detected years before the onset of the disease)

For the study, the two neurobiologists from Leipzig and Würzburg used fruit flies to analyze synaptic functions.

Our research project was designed to insert the patient's mutation into the corresponding gene, and use techniques such as electrophysiology to test what happens to the synapses next. It was our hypothesis that the mutation made patients so intelligent, because it improves communication between neurons involving the damaged protein. 75% of the genes that cause disease in humans also exist in fruit flies.

First, the scientists, along with Oxford researchers, showed that the fly protein called RIM looks molecularly identical to that of humans. This was essential in order to study the changes in the human brain.

In the next step, the neurobiologists entered mutations in the genome of the fly that looked exactly the same as in sick people.

They then performed electrophysiological measurements of synaptic activity, and observed much greater transmission of information at the synapses.

Scientists also found out how increased transmission at synapses occurs: molecular components in the transmitting nerve cell, which activate synaptic impulses, get close to each other due to the effect of the mutation and lead to an increase in the release of neurotransmitters. .

In conclusion, the researchers pointed out as one increased synaptic transmission it can contribute to greater cognitive abilities and, consequently, to above-average intelligence.

Sensational discovery from MIT, hearing loss can be recovered by regenerating the hair cells of the ear ❯