Swedish bitters, uses and preparation of the ancient (and controversial) herbal recipe

Some consider it miraculous, others are skeptical ... let's see what are the multiple benefits of the Swedish bitter. 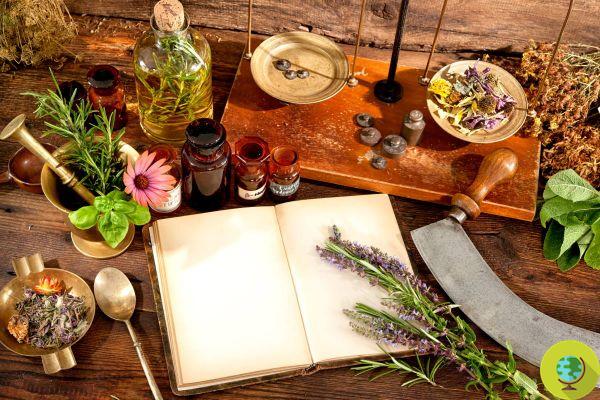 Some consider it miraculous, others are skeptical, the fact is that the Swedish bitter is a valid natural remedy with multiple benefits for our health.

Have you heard of Swedish amaro but don't know exactly what it is for? In addition to the recipe, we will tell you about the benefits and the multiple daily uses of this herbal blend - a real mother tincture - rich in healing properties, effective in the prevention and treatment of various health ailments. It is no coincidence that it is very famous among people who prefer natural cures. (READ also: Fire cider: the recipe for the 'bomb' herbal tea that helps increase the immune system)

According to some hypotheses, the history of Swedish amaro dates back to the sixteenth century, when Paracelsus - a great Swiss physician, alchemist and botanist - created an elixir based on aloe, myrrh and saffron. Subsequently, the recipe was "rediscovered" by the Swedish doctor Claus Samst in the eighteenth century who added more plants thus creating an even more effective remedy. It was the Austrian herbalist Maria Treben who later made it really popular, revealing her recipe in her book "Health from the Lord's Pharmacy" published for the first time in 1980.

Swedish amaro, a blend of herbs

In the preparation of the Swedish amaro there are several herbs, each of which has specific beneficial properties. The basic ingredients for its preparation are:

Recipe to prepare the Swedish amaro

Although Swedish amaro can be purchased from herbalist's shops or specialty stores, you may want to try making it yourself since its preparation is simple. Perhaps the most complicated part will be finding everything you need, so a well-stocked herbalist's shop will be of great help. In addition, there are already packaged herbal blends on the market for the preparation of Maria Treben's Swedish amaro. In this case it will be sufficient to macerate the contents in one and a half liters of brandy for 14 days and then filter.

We bring you the recipe of Small Swedish Amaro found in the notes of Dr. Claus Samst after his death at 104 while riding. Dr. Samst's longevity and evident good health was attributed to the very herbal preparation he used. You can find the recipe in Maria Treben's book “Health from the Lord's Pharmacy”.

How to prepare the Swedish amaro

Your Swedish amaro is ready and can be stored in the refrigerator for many years!

Swedish bitter can be used internally and externally. The doses and methods indicated are purely indicative and must always be compared with the opinion of your doctor expert in phytotherapy, the herbalist or the pharmacist.

As you can see, the Swedish bitter can be used in different ways depending on the disorder. However, as Maria Treben advises and the Ancient Manuscript points out, its use is not limited only to this, it can also be used with a preventive purpose. In this case, just dilute a teaspoon in a glass of water morning and evening. If the preparation is to be taken by children, it is strongly recommended to evaporate the alcohol present in the bitter by boiling the necessary quantity in water.

Given that the Swedish bitter it cannot in any way replace the advice of a doctor, we point out the contraindications:

add a comment of Swedish bitters, uses and preparation of the ancient (and controversial) herbal recipe