She was killed by smog: for the first time pollution officially recognized as a cause of death 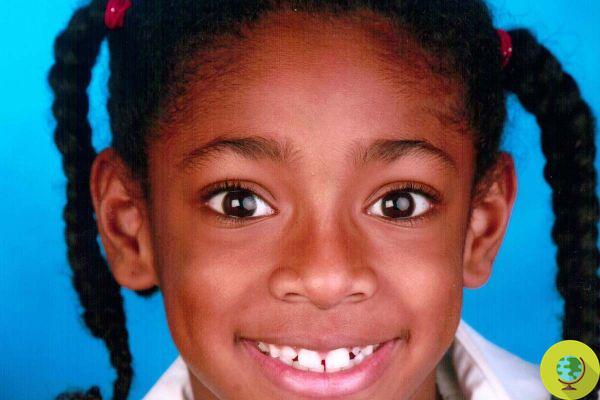 Ella Kissi-Debrah died at the age of nine after being in hospital nearly 30 times in 3 years. The little girl suffered from severe asthma but the air pollution of the area where she lived in London contributed significantly to her death.


The death of little Ella dates back to 2013 but it is since then that the family has been fighting through legal means to actually establish what were the causes of death. The girl died following an acute asthma attack but smog played a decisive role in the worsening of his condition and for this reason, for the first time in the UK, pollution has been recognized and officially listed as a cause of death.

The heavy asthma attack, in fact, would have been unleashed following exposure, constant and continued over time, to dangerous levels of pollutants present around Ella's home in the London borough of Lewisham, a very busy area of ​​the city.

The little girl, after suffering numerous epileptic seizures, and being taken to hospital almost 30 times in the previous three years, died of acute respiratory failure. This is what a 2014 ruling reports, a ruling that was overturned by the High Court following new evidence on the dangerous levels of air pollution that were recorded near her home.

The new investigation in Southwark Coroner's Court closed yesterday and ruled, through the voice of coroner Philip Barlow, that:

"She died of asthma aggravated by exposure to excessive air pollution"

Professor Stephen Holgate, professor of immunopharmacology at the University of Southampton and author of the report that canceled the results of the first proceeding, told The Guardian newspaper (which a few days ago returned to talk about the affair), that the little girl suffered from an "exceptionally rare" form of asthma which put her at serious risk.

To those who asked him if Ella could be considered a sort of "canary in a cage" he replied:

“I would probably use the expression canary in a coal mine'. Two centuries ago this is exactly what canaries were used for, to detect high levels of polluting gases, in that case high levels of carbon monoxide and methane ”.

She actually lived 25 meters from the South Circular in Lewisham, south-east London, one of the busiest streets in the capital.

Given that, in conclusion, the investigation established that smog (and in particular the very high levels of nitrogen dioxide) had a decisive influence on the death of the child, She became the first person in the UK for whom air pollution is listed as a cause of death.

Certainly not a good record but certainly an important theme to avoid future tragedies:

"This discussion of air pollution is not just about legal measurements and limits, it's about human exposure, human disease and human suffering," Holgate recalled.

A small satisfaction, in the pain and tragedy experienced, for Ella's mother who for years has been fighting for the recognition of what happened to her daughter.

The levels of nitrogen dioxide (NO2) near their home had exceeded guidelines from the World Health Organization and the European Union and, the coroner added:

add a comment of She was killed by smog: for the first time pollution officially recognized as a cause of death